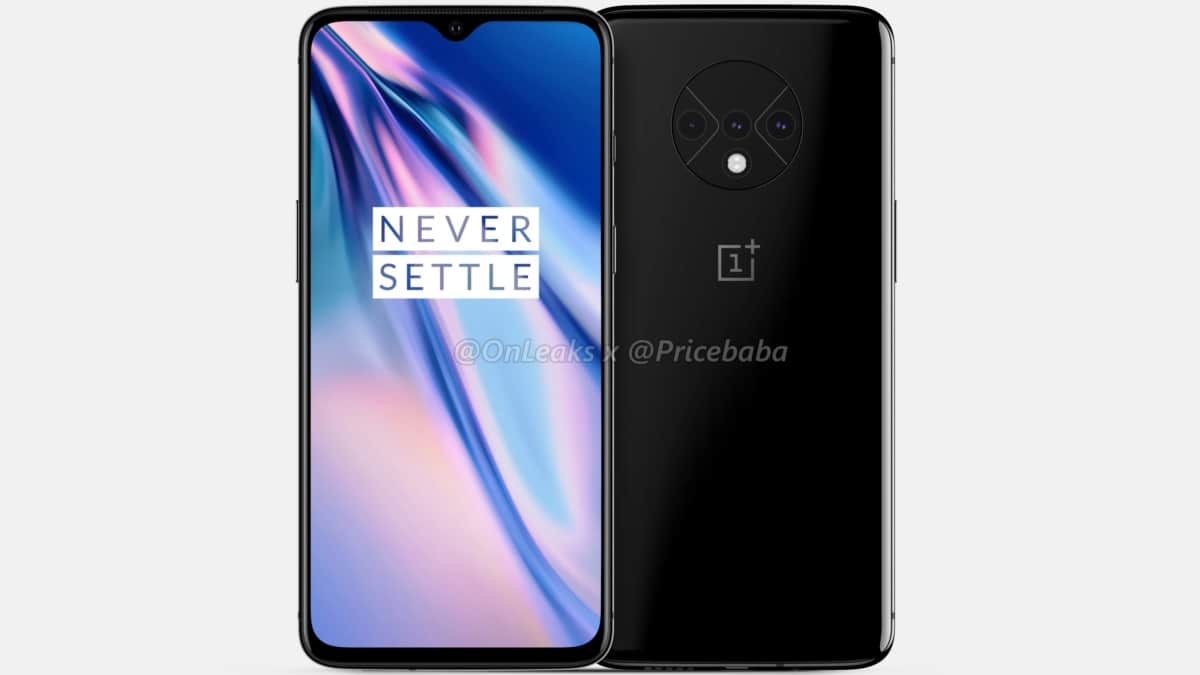 As per popular tipster, Ishan Agarwal, OnePlus 7T will come in two colours – Frosted Silver and Haze Blue. There will be two variants of the OnePlus 7T – 8GB RAM with 128GB storage and 8GB RAM with 256GB storage. The phone will be powered by Qualcomm Snapdragon 855+ processor and will be backed up by a 3,800mAh battery.

On the camera department, OnePlus 7T will be equipped with a triple rear camera setup with a 48-megapixel primary sensor, 16-megapixel secondary sensor, and a 12-megapixel camera. As per earlier leaks, the cameras will be placed in a straight line in a circular layout with a dual-LED flash. For the front, there will be a 16-megapixel sensor and the cameras are said to support 960fps 10 seconds slow-motion video, nightscape and wide-angle video as well.

OnePlus 7T is said to sport a 6.55-inch Quad HD 2K SUPER AMOLED 90Hz screen. The phone’s dimensions will be 161.2 x 74.5 x 8.3mm. It is expected that the upcoming OnePlus smartphone will be featuring an in-display fingerprint sensor similar to the newly launched OnePlus 7 and OnePlus 7 Pro. As of now, not much is known about the OnePlus 7T Pro, but according to tipster Ishan Agarwal, both the OnePlus 7T and OnePlus7T Pro will be launching on September 26 in India.

As per earlier reports, after the launch in India, OnePlus 7T and OnePlus 7T Pro would then make way to the US and EU by October 10 and will go on sale starting October 15 in all markets.

On another tweet, the tipster revealed that OnePlus 7T Pro will look similar to the OnePlus 7 Pro. It will come with Android 10, 4080mAH Battery ans Snapdragon 855 Plus processor. Bothe the smartphones will come with Warp Charge 30T (5V/6A) which will cahrge the device in 0-50% in 20 minutes and 0-100 in 65 minutes.