OnePlus 7 Pro will not have an IP rating, but you can still dunk it in water 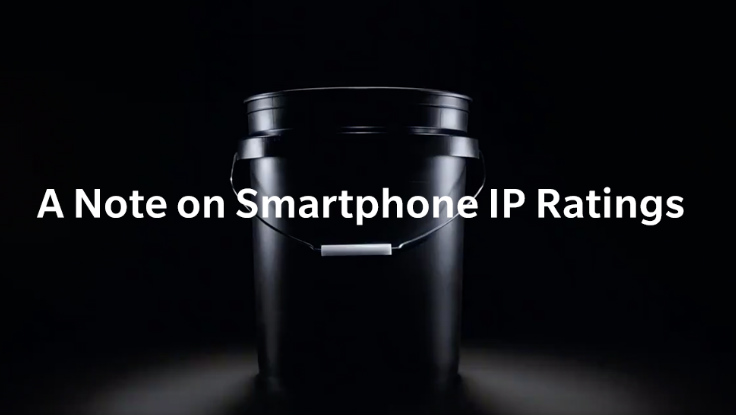 OnePlus is all set to launch its latest flagship smartphone series, the OnePlus 7 and OnePlus 7 Pro. Now, the company has posted a teaser video that shows OnePlus 7 Pro will not feature an IP rating.

However, the teaser video also reveals that you can still dunk it in water. The 30-second teaser video says, “Water resistant ratings for phones cost you money.” The video then shows OnePLus 7 Pro dropping into the bucket which is filled with water. This reveals that the phone will feature some kind of water resistance, though it is not IP certified.

The video is accompanied by an article posted by CEO Carl Pei. He says that the brand has improved the design of the upcoming smartphone and has made through testes to provide water-resistant quality to the OnePlus 7 Pro.

“We know that an IP rating would be the simplest way to prove our phone’s capability, but the certification doesn’t help us communicate our focus on your real experience, which is why we created this direct and relatable video to show you what our water-resistant quality can actually bring to you in your real life in a more powerful way,” he said in a blog post. Carl further urged its customers to not to throw their OnePlus 7 Pro smartphones in the bucket as just like other smartphone brands, OnePlus does not cover water damage.

Meanwhile, OnePlus has found itself amidst what appears to be a potential privacy breach if the company doesn’t contain the issue at the moment. OnePlus is packing in bloatware, that also shares some data through to Chinese company Tencent, which hasn’t had a good name on the privacy front.