OnePlus 6T images, specifications leaked days ahead of the announcement 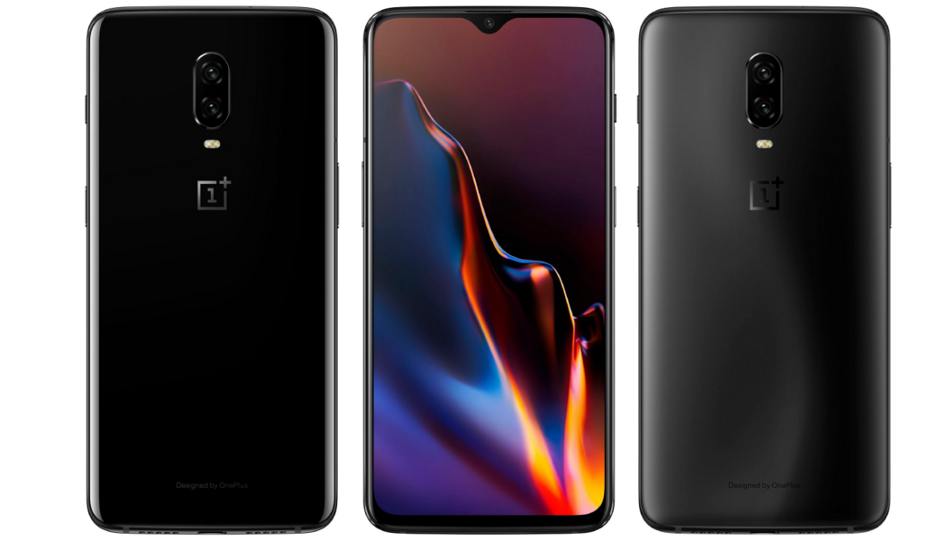 The images leaked hint that the smartphone might feature a waterdrop notch above the screen, an in-display fingerprint sensor, and a dual primary camera setup at the rear.

OnePlus will be launching OnePlus 6T smartphone on October 29 at an event in New York City on October 29th, and the phone will launch in India on October 30. Now ahead of the launch, specs sheet and official renders of the OnePlus 6T have been leaked online.

Popular tipster Ishaan Agarwal on Twitter has leaked the specifications and images of the OnePlus 6T. As per him, the OnePlus 6T will feature a 6.4-inch Optic AMOLED display with 1080 x 2340 pixels resolution and 19.5:9 aspect ratio. The smartphone is powered by the octa-core Qualcomm Snapdragon 845 processor with Adreno 630 GPU. The leak further reveals that the phone will have 8GB of RAM, 128GB of inbuilt storage but without any storage expansion via card slot. The phone is also expected to come in another variant, though the leaked specs sheet has not revealed anything about it.

Apart from leaking the specs, Ishan Agarwal alsoshared renders of the OnePlus 6T which shows the Screen Unlock and Never Settle signs on the display. OnePlus 6T will have Gorilla Glass 6 and the Screen to body ratio is 86 percent. The images leaked hint that the smartphone might feature a waterdrop notch above the screen, an in-display fingerprint sensor, and a dual primary camera setup at the rear.

Yesterday the same tipster leaked OnePlus 6T European market pricing for the different variants of OnePlus 6T. The base model of the OnePlus 6T will feature 6 GB of RAM and 128 GB of storage and it will be priced at 559 euros which is approx. Rs 46,699.