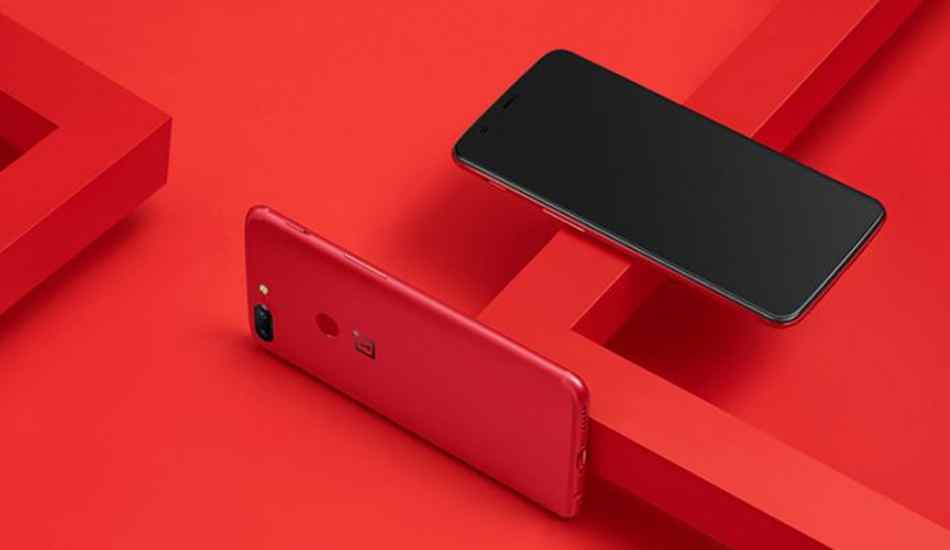 OnePlus has today launched the Lava Red Edition of OnePlus 5T in India for Rs 37,999 and will be exclusively available onAmazon India starting January 20, 2018. The new variant is available only in 8GB RAM and 128GB storage.

OnePlus had been teasing the Lava Red edition of the 5T on its social media channels since the last week. With the purchase of OnePlus 5T Lava Red Edition, Amazon is offering various launch offers which include discounts on Amazon Kindle books, Rs 250 cashback on Amazon Pay balance, 12 months free damage protection from Kotak and 1008GBof free 4G data from Idea Cellular, for the period of 18 months.

The OnePlus 5T was launched in India in Midnight Black colour. Later on, the company launched a limited Star Wars Edition device in India which is white in colour. To recall, OnePlus unveiled the limited Edition OnePlus 5T Lava Red colour option in China in November last year. The variant is available for 8GB RAM variant and it comes with a price tag of Yuan 3499 (approx. Rs 35,000).