OnePlus 5G prototype smartphone to be showcased at MWC 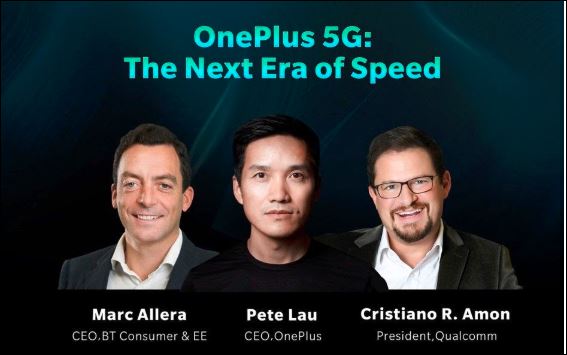 OnePlus will be showcasing the first OnePlus 5G prototype smartphone powered by Qualcomm Snapdragon 855 Mobile Platform at MWC (Mobile World Congress) this year. The development was shared by OnePlus.

The update is just the confirmation of what OnePlus CEO Pete Lau had said earlier He had said, “ Our next flagship will be powered by the Qualcomm Snapdragon 855 Mobile Platform.” The only add on is that a 5G prototype device will be shown and the actual launch of the device may take some time.

OnePlus is also gearing up to release a commercial 5G smartphone with carrier network EE in the UK in the second half of 2019. EE is the UK’s number one mobile network and was named as the UK’s best network for the 5th year in a row by RootMetrics.

Marc Allera, CEO of BT Consumer & EE, said, “EE and OnePlus have a shared vision: to give our customers the best-connected experience possible. We’re working together on cutting edge technology to deliver that, and we’re leading the world on the journey to 5G.”