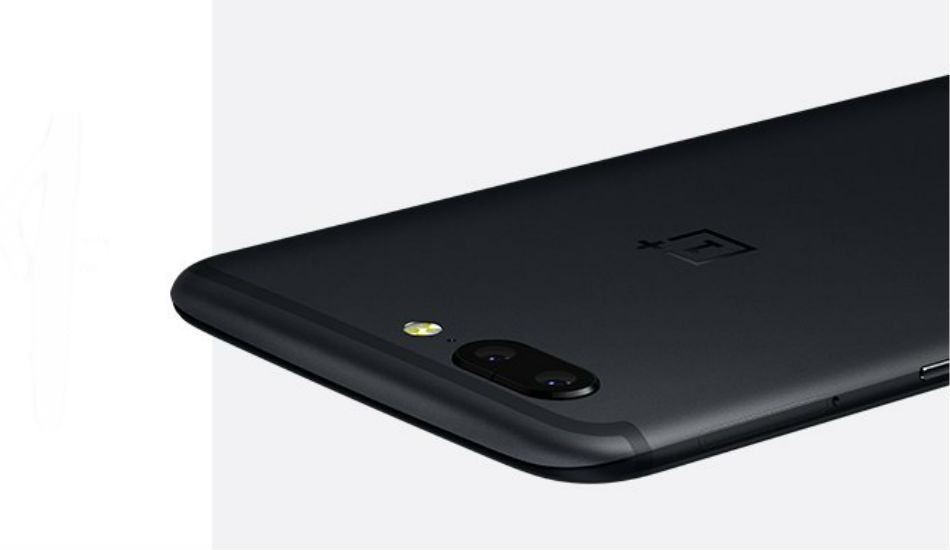 The company, on its official Twitter handle, posted an image of the phone, which confirms that it will sport a horizontal dual-camera setup.

OnePlus has finally revealed the first official image of the OnePlus 5. The company, on its official Twitter handle, posted an image of the phone, which confirms that smartphone will sport a horizontal dual-camera setup.
The tweet read, “A continuous hard edge, refined over 3 years.” The image confirms the design of the upcoming flagship device and sadly, it looks eerily similar to the iPhone 7 Plus. There is a dual-camera setup at the top left corner along with a LED flash. The antenna band run across the top of the display, which is similar to what we have seen in the latest iPhone 7 range.
Meanwhile, a new leak reveals the Indian pricing of the OnePlus 5 smartphone ahead of June 22 launch. According to a report by True Tech, the OnePlus 5 will come in two configurations: one with 6GB of RAM and 64GB storage will be priced at Rs 32,999, while one 8GB of RAM and 128GB storage will come with a price tag Rs 37,999. It looks certain that the smartphone will come loaded with a massive 8GB of RAM as previously Amazon India accidentally revealed the same.
Recollecting some previous rumours, the device is reported to be powered by the latest Qualcomm Snapdragon 835 processor along with Adreno 540 GPU. It will feature a Full HD display with a screen resolution of 1080 x 1920 pixels, which contradicts previous rumours predicting a Quad HD display for the upcoming flagship device. The screen size will be of 5.5-inch.
The phone is reported to run on the latest Android 7.1.2 Nougat and will come with a bigger 3600 mAh battery (Evan Blass leaked a 4000 mAh non-removable battery). Interestingly, similar to what we saw on OnePlus 3 and 3T, OnePlus is likely to go with a front-facing fingerprint scanner at the front. OnePlus is also expected to introduce the new Dash Charge 2.0.