OnePlus 3 will be launched on June 14 and will be available for purchase in India from June 15.

While we are just a week away from official launch of OnePlus 3, leaks about the device are just not stopping. Now OnePlus 3 with model name A300x has been spotted again on GFXBench benchmarking website which is in inline with some of the specs spotted on TENAA. Earlier also, OnePlus 3 was spotted on GFXBench. 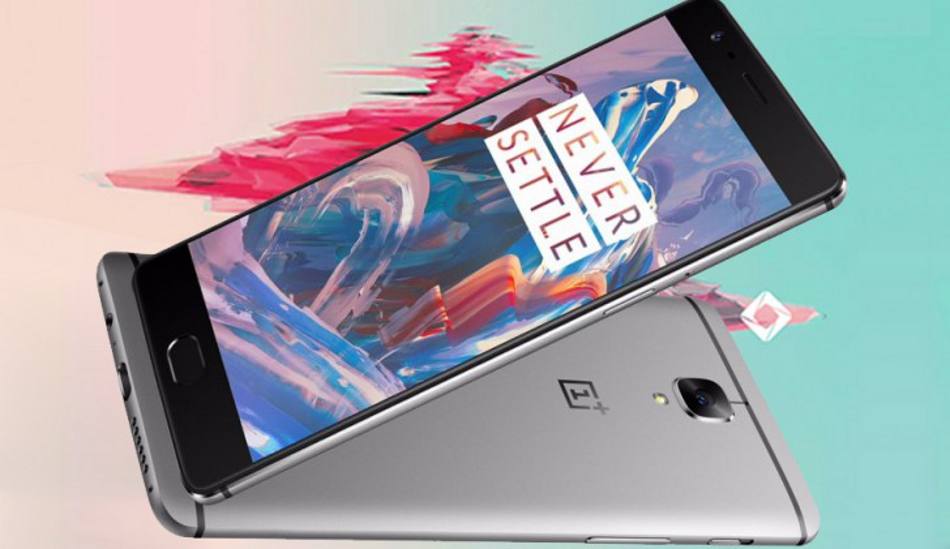 As per the listing on GFXBench, OnePlus 3 has a 5.5-inch display that has full HD (1920×1080 pixels) resolution and 5 finger gesture support. Besides as per the listing, it has Qualcomm Snapdragon 820 2.1 GHz quad-core processor, 6GB RAM, 64GB of internal storage out of which 53GB is reserved for the users, Adreno 530 GPU and Android 6.0.1 Marshmallow with the Oxygen operating system. 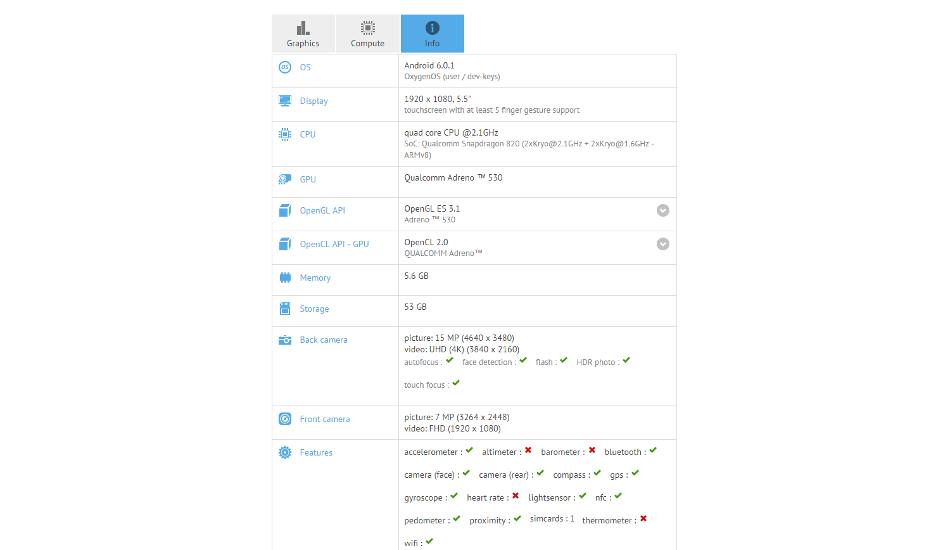 As per the benchmark listing, the OnePlus 3 has a 16-megapixel autofocus camera and an LED flash in its rear panel while a 8-megapixel camera is in its front for selfies. The GFX listing shows that the device has connectivity features like Bluetooth, GPS, NFC and WiFi. As per the listing, the device has accelerometer, gyroscope, light, proximity and pedometer sensors as well.

OnePlus 3 will be launched on June 14 and will be available for purchase in India from June 15.