Codenamed as Logan after X-Men’s character Wolverine, Tegra 5 features Kepler GPU which were used in the desktop and laptop platforms. Apart from that, Nvidia will also bring its host of software technologies to the Tegra 5 platform such as PhysX, CUDA 5 and OpenGL 4.3 for the mobile devices. From what we can estimate, the Tegra 5 platform will bring really powerful graphics muscle which can run really complex applications as well as high resolution 3D games. 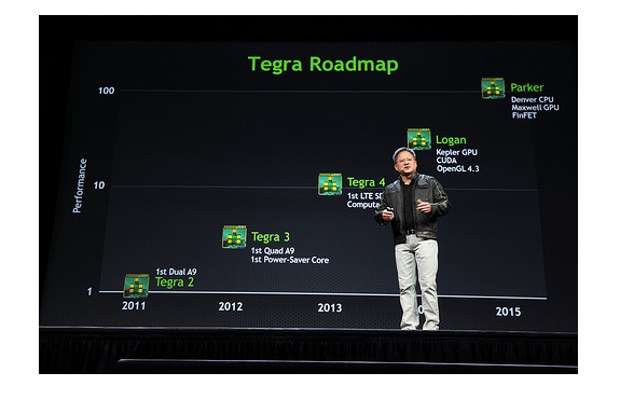 Meanwhile, Nvidia is expected to make the quad-core Tegra 4 mobile platform based devices available through this year and that includes high-end smartphones and tablets. The Tegra family of chipsets have been codenamed after popular fictional character.

The Nvidia Tegra Logan is expected to be available for sampling by year and will hit the production floors early 2014. The Tegra Parker chips are expected by next year end and will be made available in 2015.