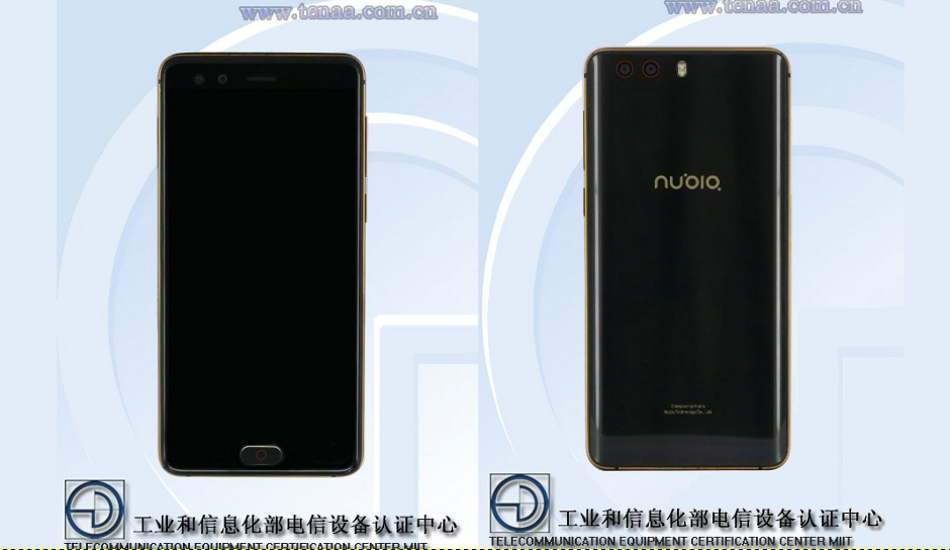 The smartphone will be powered by a 2 GHz octa-core processor which is coupled with 6GB RAM and 64GB of internal storage.

ZTE is all set for a launch event on October 12 to be held in China in which the company is expected to unveil new Nubia Z17s smartphone. Now the latest teaser released by the company has confirmed that the Nubia Z17s will be the phone indeed to be launched, as per Playfuldroid. The teaser shows a letter S in the middle, the Nubia logo and the launch date which is 12.10.17. 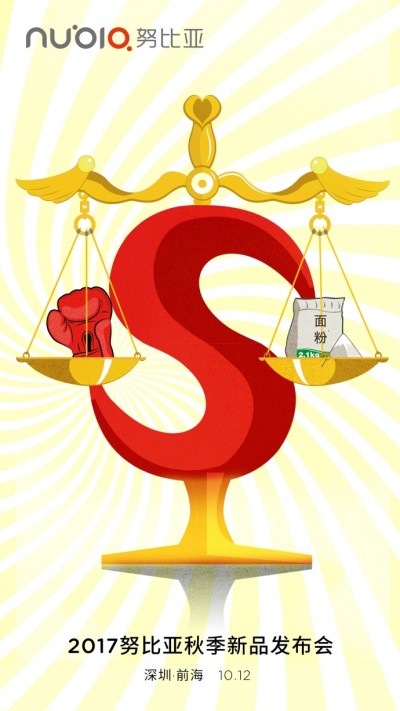 Meanwhile, an alleged live photo of the Nubia Z17s has also leaked online yesterday. The leaked image shows the bezel-less display on all sides of the device. The photo does not show the entire device rather it seems to focus only on the edge-to-edge display or an entirely bezel-less design.

The Nubia NX589J aka Nubia Z17s was recently spotted on TENNA certification website. The listing revealed the images of the phone and the major specifications of the device as well. As per the listing, Nubia NX589J features a 5.2-inch display that has HD display with 1920 x 1080 pixel resolution. It is powered by a 2 GHz octa-core processor which is coupled with 6GB RAM and 64GB of internal storage. It offers a dual 13-megapixel rear camera setup with dual-tone LED flash and 16-megapixel front-facing camera. It has a fingerprint sensor embedded in home button below the display.

The dual SIM phone runs on Android 7.1.1 Nougat operating system based Nubia UI and is fueled by 3100 mAh battery. Connectivity options of the smartphone include 4G-LTE with VoLTE, Bluetooth, WiFi, GPS/A-GPS and a USB Type C. The dimensions of the phone are 147.99 x 72.09 x 7.95 mm and it weighs 156 grams. The device is listed in Gold and Silver colour options. The phone has Gravity sensor, distance sensor, the light sensor as per the listing.

We have to wait for the October 12 event to see what the company has in stores for us actually. Stay tuned to The Mobile Indian for more updates on this.