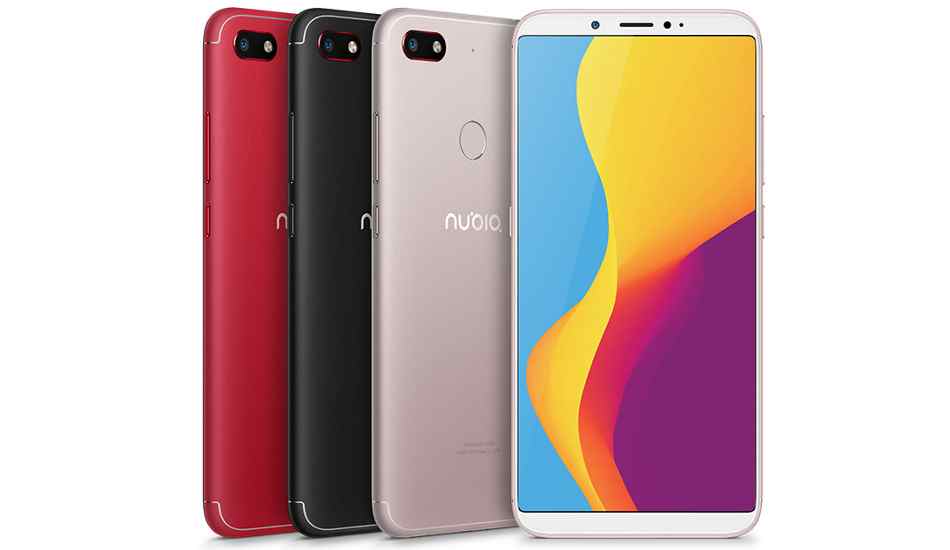 Nubia V18 also comes with Face Unlock feature which can unlock the phone in just seconds.

The Chinese smartphone manufacturer Nubia has launched the Nubia V18 smartphone under V series in China today. Nubia V18 is priced at 1299 Yuan which is approximately Rs 13,300 and will be available for order from today. It will go on sale in China on March 29 and it comes in Black, Gold, and Red colour options.

Nubia V18 sports metal design body and a 6.01-inch FHD+ display with a resolution of 2160×1080 pixel and 18:9 display. Under the shell, the device is powered by a 2GHz Octa-core Qualcomm Snapdragon 625 processor with Adreno 506 GPU. The phone comes with 4GB of RAM and 64GB of internal storage, which can be further expanded up to 128GB via microSD card. It also has a fingerprint scanner at the back of the device. It also comes with Face Unlock feature which can unlock the phone in just seconds.

The Nubia V18 sports a 13-megapixel rear-facing camera with f/2.2 and LED flash. On the front, it has an 8-megapixel camera with f/2.0 apertures. The device runs on an older Android 7.1 Nougat operating system with Nubia UI 5.1 on top of it. The smartphone is powered by a non-removable 4000mAh battery with NeoPower 3.0 technology and can charge other devices using USB OTG. Connectivity options include 4G VoLTE, Wi-Fi 802.11ac, Bluetooth 4.1, GPS/GLONASS, 3.5mm headphone jack. The handset measures 158.7x 75.5x 7.75mm and weighs 170 grams.