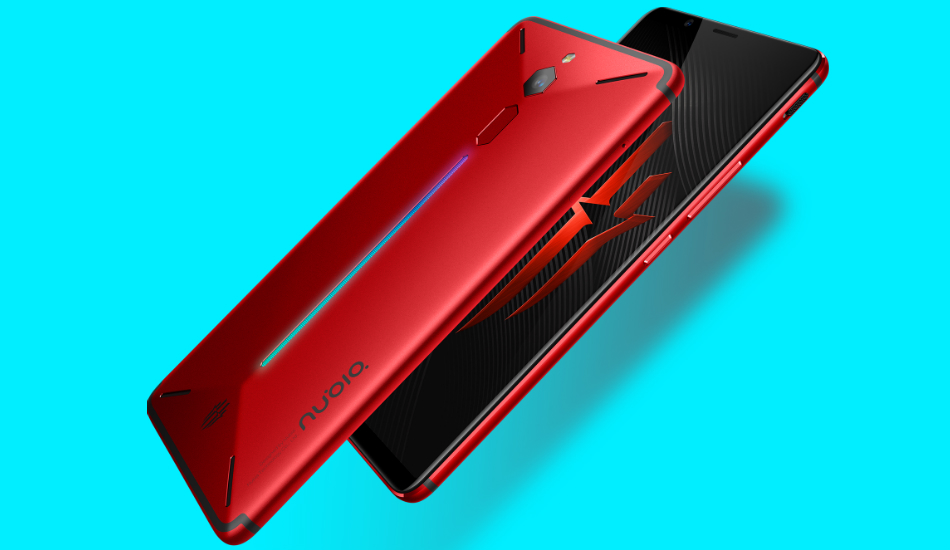 Sources close to the development has told The Mobile Indian that the company is planning to launch the gaming smartphone in India by the third week of October. The gaming phone will be launched in India under Rs 30,000.

ZTE’s sub-brand Nubia is looking for a comeback in the Indian smartphone with the launch of Red Magic gaming smartphone soon. Sources close to the development has told The Mobile Indian that the company is planning to launch the gaming smartphone in India by the third week of October.

The sources have further revealed that the gaming phone will be launched in India under Rs 30,000. With this, Nubia is all challenge the likes of Xiaomi, Asus and OnePlus, which offers flagship processor, though none of them has introduced a dedicated gaming smartphone for the Indian market. Xiaomi recently introduced Black Shark gaming smartphone in China, although, there are no plans to bring this in India.

The major highlight of this gaming smartphone is rugged design and the LED strip at the back panel, which gives a pure gaming-centric device look. The strip can support up to 16 million colours and one can change the lighting effects according to one’s need. There are four cooling vents at the back of the phone coupled with three layers of graphite for better heat dispersion.

On the hardware front, the Nubia Red Magic gaming smartphone packs a 5.99-inch Full HD+ display with a screen resolution of 18:9 aspect ratio coupled with 2.5D curved NEG T2X-1 screen and a resolution of 2160 x 1080 pixels.

The phone is powered by an older Qualcomm Snapdragon 835 processor coupled with 8GB of RAM and 128GB of internal storage. The phone features a 24-megapixel Samsung 5K2X7SX primary lens with a f/1.7 aperture and an 8-megapixel wide-angle selfie shooter with a f/2.0 aperture. The phone runs on Android Oreo and it is backed by a 3,800mAh battery. The phone features DTS Technology and Smart Amplifier integrated from within for an immersive audio experience.