Nubia Red Magic 6S will be soon launched in China. The phone will come with 120W fast-charging as per 3C certification listing. 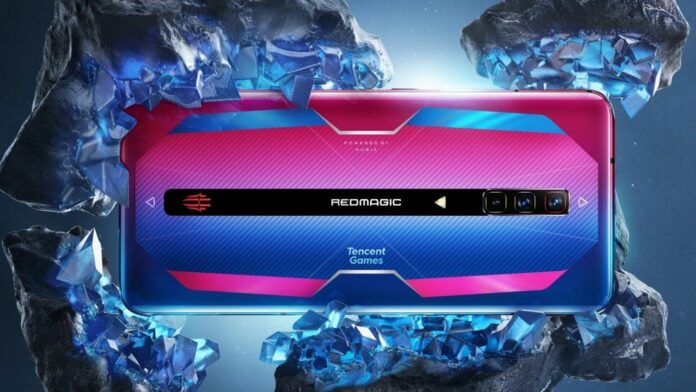 A new Nubia device with model number NX669J-S has bagged approval from the 3C authority of China. It is speculated that this Nubia device will be the Nubia Red Magic 6S smartphone.

Although the 3C certification did not reveal much, it only revealed that the alleged Nubia Red Magic 6S will come with 120W fast-charging. This indicates that it could be a flagship or a high-end phone. The handset is also likely to have 5G support and will be launched in China soon.

The Nubia Red Magic 6, as well as the 6 Pro, sport a 6.8-inch FHD+ AMOLED display with 165Hz adaptive refresh rate which can drop till 30Hz, scale up to 120Hz while scrolling and using apps, and up to 165Hz while playing games that support a refresh rate that high. The panel further supports a 360Hz multi-touch sampling rate and up to 500Hz one-finger touch sampling rate. It supports 10-bit colours and has an under-display fingerprint scanner.

For the cameras, the Red Magic 6 series features a triple-camera setup, which includes a 64 MP primary sensor, an 8 MP ultrawide shooter, and a 2 MP macro camera. On the front, the selfie shooter is housed within the slim top bezel.

Both the smartphones run on MagicOS 4.0 based on Android 11. The Nubia Red Magic 6 is backed by a 5,050 mAh battery with 66W fast-charging support, while the ‘Pro’ model is equipped with a smaller 4,500 mAh battery but with faster 120W charging.