Nothing ear (stick) has been unveiled by the UK-based brand and the company says it is not close to what ear (1) are. 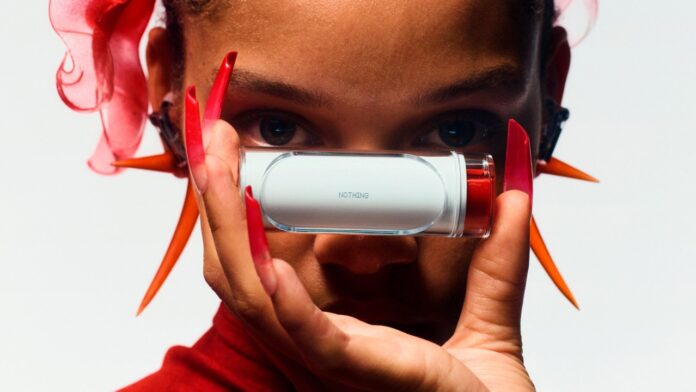 Nothing has started teasing its next pair of earbuds called ear (stick). The brand has posted a series of teasers showcasing the earbuds’ design of the charging case. While these earbuds were claimed to be the same as last year’s Ear (1), the company has confirmed that they aren’t.

A bunch of teasers were released on Twitter by Nothing, which showed the cylindrical-shaped charging case of the earbuds. The new earbuds are set to launch later this year, as per the company.

Nothing’s US PR manager Lewis Hopkins has confirmed to ’The Verge’ that the Ear Stick is not just a redesigned case for the Ear (1) but much more. “The Ear Stick is an entirely new product. New charging case and new bud”, Hopkins says. Some leaks that appeared before the Phone (1) launch said that the ear (stick) would launch alongside the smartphone and were basically ear (1) with a redesigned charging case.

However, the company says otherwise. The earbuds, as per the company, are “feather-light” with a “supremely comfortable ergonomic design” that’s “moulded to your ears”. The company further mentions that its charging case is “unique” and “inspired by classic cosmetic silhouettes… compactly formed to simply glide into pockets”.

The specifications, design and pricing details of the ear (stick) are yet to be announced. Till then, some photos of the charging case of the buds will have to suffice.