Nokia is calling this the WP7 phone for the masses, and will launch it in India and other similar markets before launching it elsewhere.

Nokia Lumia 710 is the entry level windows phone from Nokia. It has got exchangeable back covers and will come in black and white varieties, with the choice of black, white, cyan, fuchsia and yellow back covers.

Its 3.7-inch screen offers an 800 x 480-pixel resolution with a ClearBlack TFT, which, Nokia says, is good for readability in sunlight. At the rear, there’s a five-megapixel auto-focus camera with an LED flash. The camera can also shoot HD video at 30 frames-per-second.

Social networking has been taken care with full integration of Facebook, Twitter and Linked-In, which also allows easy photo-sharing. Like all Windows Phone devices the default browser is the Internet Explorer 9. 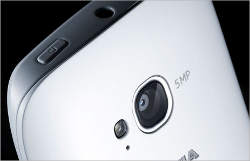 Like the big brother Lumia 800 this one too gets Nokia drive for navigation and the latest version of Nokia Music featuring MixRadio which offers hundreds of locally-relevant music channels.

Also on board is the xbox Live Hub for gaming and Outlook Mobile for corporate email accounts.Similarities don’t just end there inside too is similar to Lumia 800 with the same 1.4GHz processor, hardware acceleration and graphics processor. Inside there’s 8GB of user storage memory and 512MB of RAM. 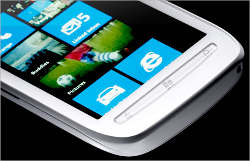 Available from the end of 2011, the Nokia Lumia 710 will first appear in Hong Kong, India, Russia, Singapore and Taiwan before becoming available in other markets in 2012. According to Nokia the phone will cost around Rs 22,000.