It comes with a quad core processor, 10.1 inch Full HD display and a huge 8000 mAh battery.

Nokia has finally announced its first tablet, named as Lumia 2520. The tablet comes in red, white, cyan, and black colours

Nokia Lumia 2520 comes with a 10.1 inch display with full HD (1920×1080 pixels) resolution. The Windows RT 8.1 operating system based tablet comes with a 2.2 GHz quad core Snapdragon 800 processor. It has a 4G SIM card slot but it may not be much of use in India where operators are offering TD-LTE version of 4G unlike the FD-LTE version which is opted in most western countries. It has a 6.7 megapixel rear camera and is priced at $499 or Rs 30,000 approximately. 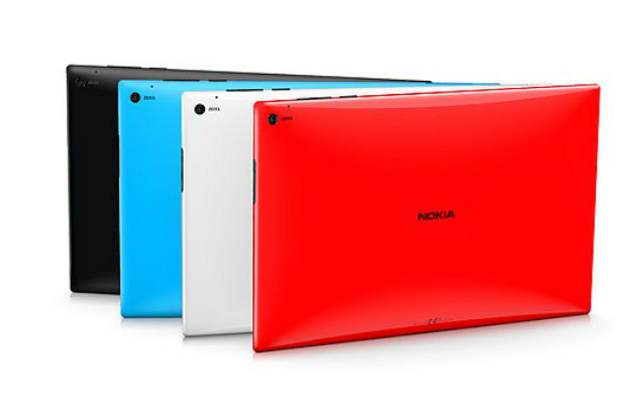 The tablet also comes with a keyboard which claims to add five hours more talktime. Besides, the keyboard has a touchpad and two full sized USB ports. Lumia 2520 has 64 GB of expandable storage, and 8000 mAh battery promising 25 days standby.

As per the Nokia page, the tablet is set to be first made available in USA, Middle East, and European counties. There is no mention about the exact date or country wise launch.