Meanwhile, the Company has started sending out media invites of an event, which is scheduled to be held on Feb 26 at MWC 2017.

Now its a well known fact that HMD Global’s first Nokia Android smartphone ‘Nokia 6’ has been a grand success, after handsets went out of stock in just a few seconds during its last two flash sales. Building on the initial excitement and momentum, the company recently hinted that they are working on a high-end smartphone which will be powered by a Snapdragon 835 SoC. Apart from this, the company also indicated the possibility of landing on the Windows platform again. Company has also started sending out media invites of an event, which is scheduled to be held on Feb 26 at MWC 2017, Barcelona, between 16:30-17:30 PM (local time), where company is expected to announce new Android Nokia smartphones. 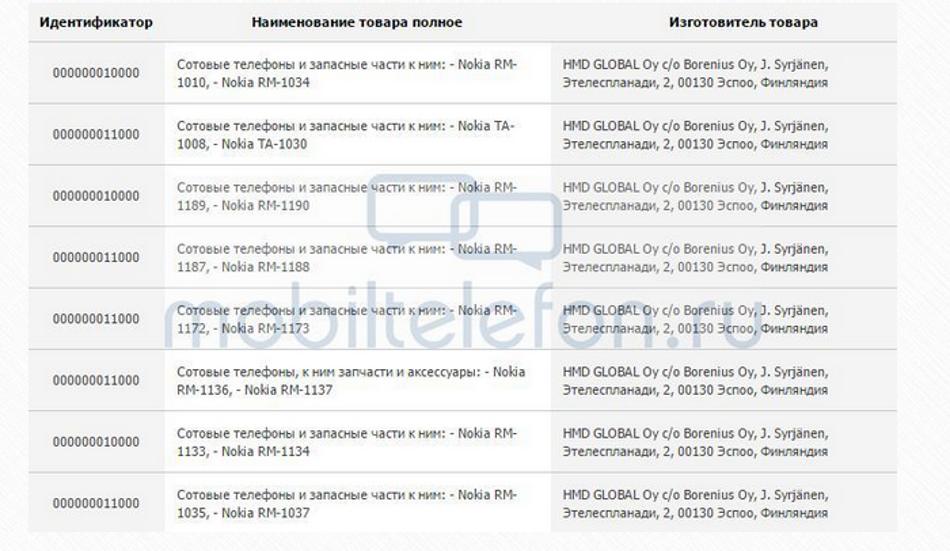 Meanwhile, amidst all the hype and excitement around Nokia’s comeback, two new Nokia Android smartphone with model name Nokia TA-1008 and TA-1030 have been spotted on a certification website in Russia. HMD Global Oy is listed as the vendor. Moreover, there are more phones listed on the Russian certification site which most likely are the feature phones from HMD Global. As of now no more details were revealed for the said smartphones. However we will keep you posted as soon as we get more information on these upcoming Nokia smartphones.

If we talk about Nokia’s high end device, there is high possibility that long rumoured Nokia P1 smartphone would be the one which will be powered by a Snapdragon 835 SoC. Further, the device is rumoured to come with a 5.3-inch Sharp IGZO 120Hz display with Gorilla Glass Glass 5 protection. The display is expected to come with either Full HD or QHD resolution. The smartphone is said to come with 6 GB of RAM and 128GB/256GB of internal storage. On the camera front, the smartphone is expected to offer a 22.6-megapixel camera with Zeiss certification and dual-tone LED Flash. The smartphone will be backed up by a 3,500 mAh battery with fast charging support. The smartphone is also said to house an ultrasonic fingerprint reader on the right end side of the smartphone and will run on Android 7.0 Nougat operating system. Besides, the smartphone offers 4G/LTE, Wi-Fi (802.11ac), Bluetooth 4.2, and GPS. Further, the Nokia P1 will have IP68 certification for water and dust resistance.