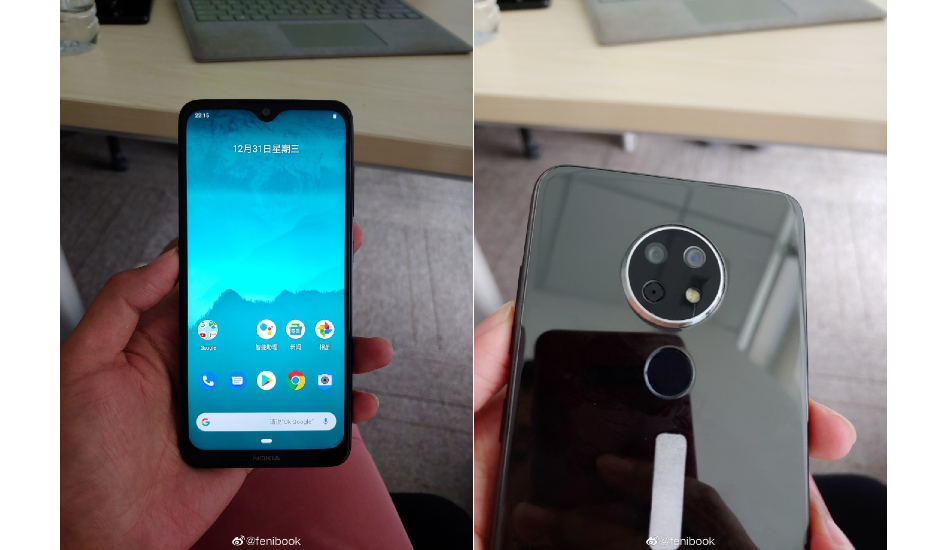 Images of a Nokia phone with a codename “Daredevil” has been shared online.

Images of a Nokia phone with a codename “Daredevil” has been shared online, revealing several key features of the upcoming device. Among the highlights of the Nokia Daredevil is a 48MP main camera which will be one of the two cameras present inside the circular camera module at the back.

Leaked on Weibo, pictures of the upcoming Nokia phone reveal the model number – TA-1198 and codename Daredevil. On first glance, the phone comes with a waterdrop notch on the front, thick bezels all around and a circular camera module. 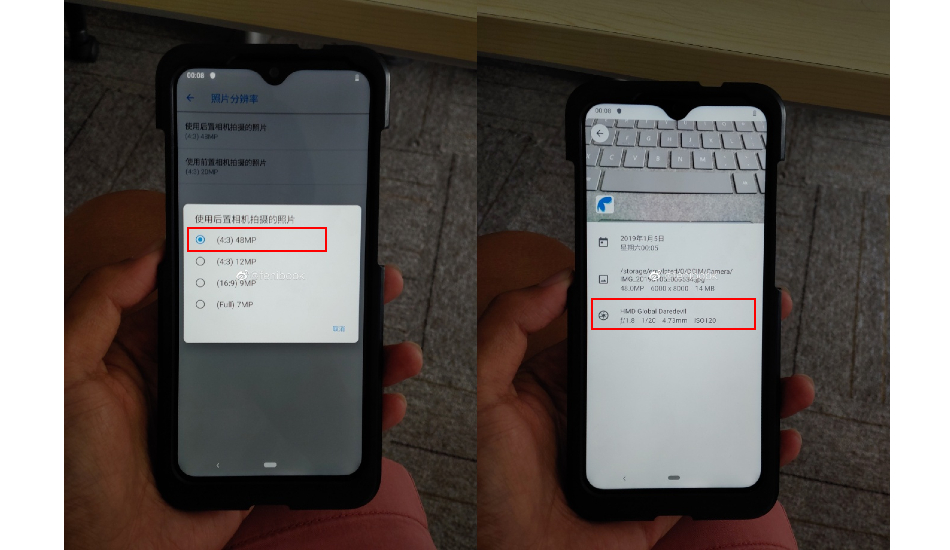 This camera module appears to feature at least two camera sensors and an LED flash. However, there’s a third cutout but we’re not quite sure if it’s another lens. The back of the phones comes with a fingerprint scanner right below the camera module and is covered in glass.

The fact that the phone comes with a 48MP camera is evident from the EXIF information previewed from the camera sample. The user also shows us the option to choose to capture 48MP images as well as pictures in 12MP, 9MP and 7MP when inside the camera settings. The user also previewed the camera app which hints that the Nokia Daredevil could come with a wide-angle lens apart from the main camera. 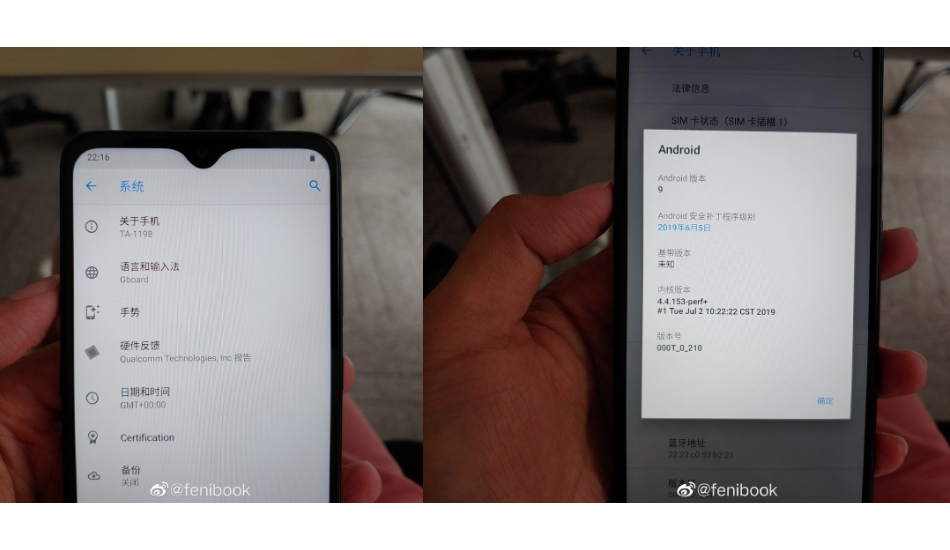 Other pictures confirm details like a Qualcomm Snapdragon chipset, Android 9 Pie, a USB-C port at the bottom and a dedicated button on the left edge. The phone is also expected to feature a 3.5mm headphone jack, as mentioned by the leaker. Other reports are suggesting that the phone will possibly feature a Full HD+ display, 350mAh battery and Snapdragon 660.