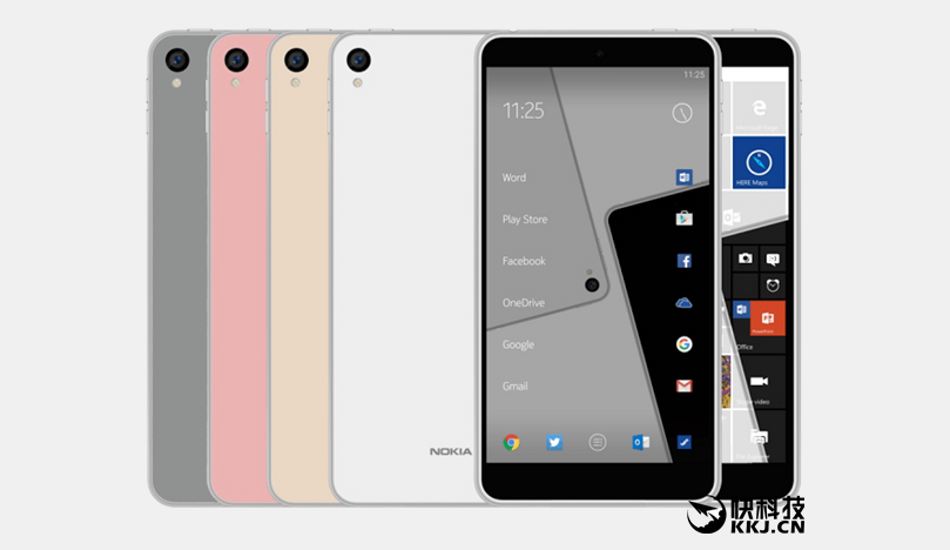 Earlier it was Nokia 8 smartphone which was expected to be unveiled at MWC 2017.

HMD global is expected to unveil a new high-end Android smartphone during the MWC 2017 which is likely to be powered by the latest Snapdragon 835 processor. Earlier it was Nokia 8 which was expected to be unveiled at MWC 2017, but eventually the possibility gone blink after Qualcomm denied that the phone which was showcased during the MWC event was not the Nokia 8 smartphone. Now according to a Russian Social Networking website, the Nokia P1 is the HMD Global’s flagship device powered by Snapdragon 835 and might be unveiled during MWC 2017.

It is not the first time we are hearing about high-end Nokia P1 smartphone, earlier also the images and specifications of the said phone were leaked online.

If new rumour are to be believed, the Nokia P1 said to feature 5.3-inch Sharp IGZO 120Hz display with Gorilla Glass Glass 5 protection. The smartphone is expected to have Full HD or QHD display. The smartphone will be powered by latest Qualcomm’s Snapdragon 835 processor, which will be clubbed with 6 GB of RAM and 128GB/256GB of internal storage. On the camera front, the smartphone is expected to offer 22.6 megapixel camera with Zeiss certification and dual-tone LED Flash. The smartphone will be backed up by a 3,500 mAh battery with fast charging support. The smartphone is also said to house a ultrasonic fingerprint reader on the right end side of the smartphone and will run on Android 7.0 Nougat operating system. Besides, the smartphone offers 4G/LTE, Wi-Fi (802.11ac), Bluetooth 4.2, and GPS. Further, the Nokia P1 will have IP68 certification for water and dust resistance. As far as pricing is concerned, the Nokia P1 128GB variant will be priced at $800 (approximately Rs 54.380), while the 256GB variant will cost $950 (approximately Rs 64,576).