Nokia expected to launch the non 4G version of the Lumia 900 smartphone for India and that too in the limited Dark knight edition.

Global mobile device giant Nokia has big plans with its Lumia series of Windows based smartphones and with the Dark Knight limited edition kicking in the things just got better for the Finnish mobile phone manufacturer. Now Nokia has sent out press invites especially featuring the Dark Knight, which only points at one thing that the moment we all have been waiting for has finally arrived.

It is expected that Nokia will be showcasing the non 4G version of its flagship Windows phone device the Lumia 900 in India tomorrow. The Dark Knight version Lumia 900 features exclusive content from the upcoming motion picture, “The Dark knight Risesâ€ all inspired form the original motion picture. 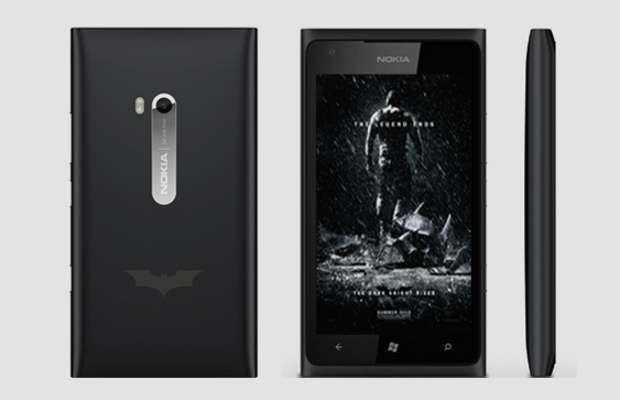 Nokia had unveiled its new flagship Windows Phone 7.5 smartphone, Lumia 900, during the Mobile World Congress 2012 that happened in Barcelona, Spain earlier this year. Although launched in many countries with 4G connectivity the Lumia 900 is expected to feature the Dual Cell (HSPA) high speed packet access technology. The non 4G version of the Lumia 900 device will be made available in such countries that don not have a ready 4G network and it will work on existing 3G networks and will provide better download speeds as well.

Lumia 900 otherwise is the first LTE network supporting Windows Phone device from Nokia. The smartphone has a 4.3 inch Clear Black Amoled display with WVGA 800 x 480 pixel resolution. It is powered with a single core 1.4 GHz Qualcomm Snapdragon APQ8055+MDM9200 mobile chipset coupled with 512 MB RAM and 16 GB on-board memory. It also features an 8 megapixel camera with LED flash and f/2.2 aperture. This camera can record 720p HD video at 30 frames per second. There’s also a secondary camera in the front for video chat which has been missing from both the Lumia 800 and the 710 as well.