Nokia’s Lumia 620 is now finally available in India for Rs 14,999. Few days back, few online retailers were taking preorders of the handset for Rs 15,1999 though.

Nokia Lumia 620 was supposed to be launched in India in the second week of February this year but was delayed due to some unknown reasons. Lumia 620 has a dual core 1 GHz Qualcomm Snapdragon S4 mobile processor and it features a 3.8 inch touchscreen ClearBlack LCD display with multi-touch point support. By default, this display supports 480 x 800 pixel resolution natively and carries a polarisation filter on top for better visibility under sunlight. Other display related features of Lumia 620 include an orientation sensor, light time-out, proximity sensor, colour boosting and brightness control. Nokia has also added its exclusive bit of services such as Nokia Music, Mix Radio, Nokia Maps, Nokia Drive, Nokia City Lens, and Nokia Transport. 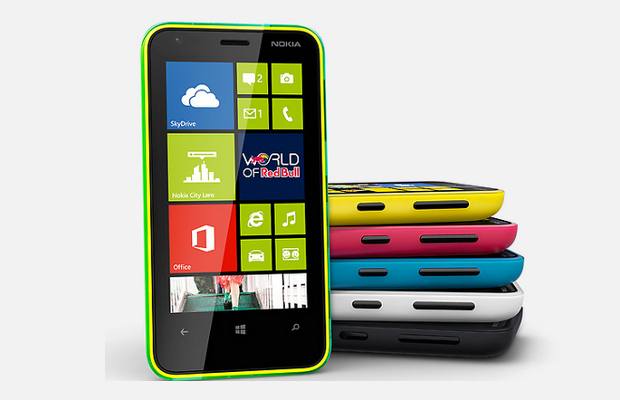 These applications will come pre-loaded on the phone. Nokia Lumia 620 has 8 GB on-board storage, of which some will be reserved for the system. Thankfully, this smartphone comes with a micro SD card slot to expand memory to upto 64 GB. The Lumia 620 has a 1300 mAh battery, which might be a problem.

The phone also comes with 5 megapixel rear camera with LED flash; there is even a front camera in the Lumia 620. The smartphone weighs 127 grams and has WiFi with tethering ability, micro USB, and a 3.5 mm jack. It has A-GPS, GLOSNASS and Nokia Maps too.