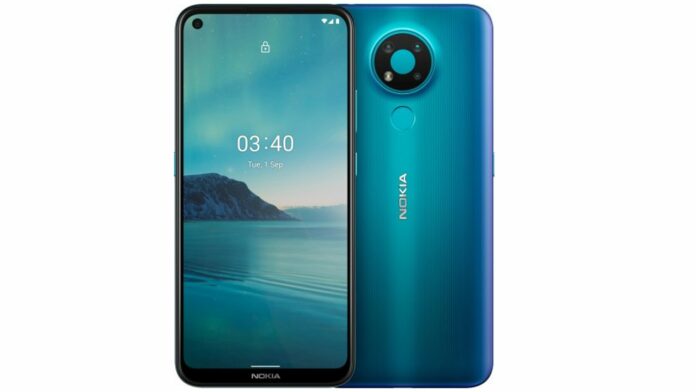 Nokia is working on a new 5G smartphone that is said to be the cheapest 5G offering from the company, called the Nokia G50. The Nokia G50 has now been spotted on the Geekbench benchmarking platform, revealing key specs.

As per the Geekbench listing, the phone will be powered by a 1.8GHz Snapdragon 480 chipset, Qualcomm’s entry-level 5G-capable SoC. The chipset will be coupled with 4GB of RAM. However, we can expect the device to launch in other variants as well.

For the software, the phone runs the latest Android 11 operating system out of the box. In the single-core and multi-core tests of the listing, the Nokia G50 has scored 512 and 16888 points, respectively.

The recent TENAA listing suggests the phone comes with the model number TA-1361. It should sport an IPS panel of 6.82 inches, with an HD+ resolution of 720 x 1640 pixels.

A 2GHz octa-core processor will apparently power the device. This chip appears to be the Snapdragon 480 SoC. The TENAA listing says it will have multiple RAM options. These would include 2 GB, 4 GB, 6 GB, and 8 GB options. Storage choices should include 64 GB, 128 GB, 256 GB and 512 GB. It has expandable storage support also.

Further, there’s a 48-megapixel primary camera on the back. The circular camera module on the device’s rear has a triple camera unit and an LED flash. The details for other sensors are unknown as of now. Furthermore, on the front, it has an 8MP sensor.