Nokia continues its downward slide, now at No 7

Smartphones sales surged 47 per cent when overall market declined by 3 per cent.

Nokia, which is still the No 1 mobile phone manufacturer in India, is struggling in the worldwide smartphone market. The Finnish handset company has now slipped to No 7 position from its earlier No 3 ranking in last quarter itself, i.e. in just three months (July-September), according to a report of Gartner.

This despite a better than expected sales of Asha series of phones which in fact helped the company reduce the market share loss which otherwise would have pushed Nokia out of number 10 rankings. 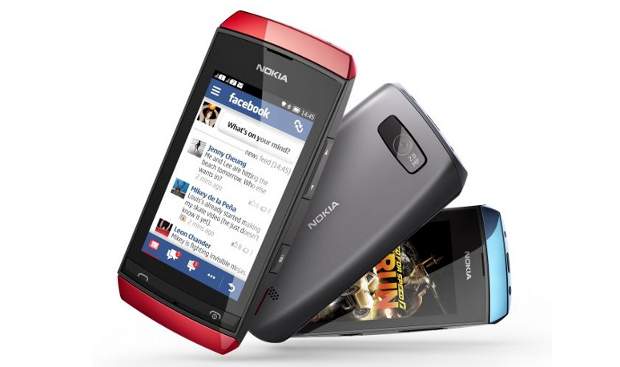 According to the Gartner report, worldwide sales of mobile phones declined 3 per cent in third quarter (July-Sep) of 2012. At the same time, smartphone sales increased 47 per cent compared to last year. Smartphone sales accounted for 39.6 per cent of total mobile phone sales, however the growth could be hampered by the rise of tablets in the subsequent quarters.

For Nokia, this change in choice of phones means that the segment in which it is popular – i.e. feature phones with its Asha series of full touch phone, is actually fast declining. However, smartphones segment, where Nokia holds very little market share, is actually growing very fast. Currently Nokia has 19.2 per cent market share compared to 23.9 per cent last year.

Samsung, on the other hand, has extended its lead further in smartphones and has overtaken Nokia in overall sales in last couple of quarters. It has 22.9 per cent market share overall while in smartphone space, it along with Apple contributes 46.5 per cent sales.

Smartphones continued to fuel sales of mobile phones worldwide with sales rising to 169.2 million units in the third quarter of 2012. The smartphone market was dominated by Apple and Samsung. “Both vendors together controlled 46.5 per cent of smartphone market leaving a handful of vendors fighting over a distant third spot,” said Anshul Gupta, an analyst in Gartner.

RIM moved to the No 3 spot with HTC not far behind, at No 4. “Both HTC and RIM have seen their sales declining in past few quarters, and the challenges might prevent them from holding on to their current rankings in coming quarters,” added Anshul.

The Gartner analysts said that there will be a lower-than-usual boost from the holiday season. Consumers are either cautious with their spending or finding new gadgets like tablets, as more attractive presents.

Nokia’s mobile phone sales declined 21.9 per cent in the third quarter of 2012, but overall sales at 82.3 million were better than Gartner’s early estimate, largely driven by increased sales of the Asha full touch range.

Nokia had a particularly bad quarter with smartphone sales, and it tumbled to the No 7 worldwide position with 7.2 million smartphones sold in the third quarter. The arrival of the new Lumia devices on Windows 8 should help to halt the decline in share in the fourth quarter of 2012, although it won’t be until 2013 to see a significant improvement in Nokia’s position.

Apple’s sales to end users totaled 23.6 million units in the third quarter of 2012, up 36.2 per cent year-on-year. With iPhone 5 launching in more territories in the fourth quarter of 2012, including China, and the upcoming holiday season, Gartner analysts expect Apple will have its traditionally strongest quarter.

Meanwhile, the Gartner report said that Android continued to increase its market share, up 19.9 per cent points in the third quarter of 2012. Although RIM lost market share, it climbed to the No 3 position as Symbian is nearing the end of its lifecycle.

With the launch of iPhone 5, Gartner analysts expect iOS’s share will grow strongly in the fourth quarter of 2012 because users held on to their replacements in many markets ahead of the iPhone 5 wider roll out. Windows Phone’s share weakened quarter-on-quarter as the Windows Phone 8 launch dampened demand of Windows Phone 7 devices.