Nokia China's online stores inadvertently published the formal pricing of the upcoming Lumia 1520 phablet as $820 for the China region.

Nokia is hosting the Nokia World 2013 event tomorrow in Abu Dhabi, UAE. At this event, the company is expected to announce its entrance into the phablet segment with the new Lumia 1520. While most details of the Lumia 1520 have been leaked, now Nokia China store accidentally revealed its price – $820 (4999 Yuan) approximately. 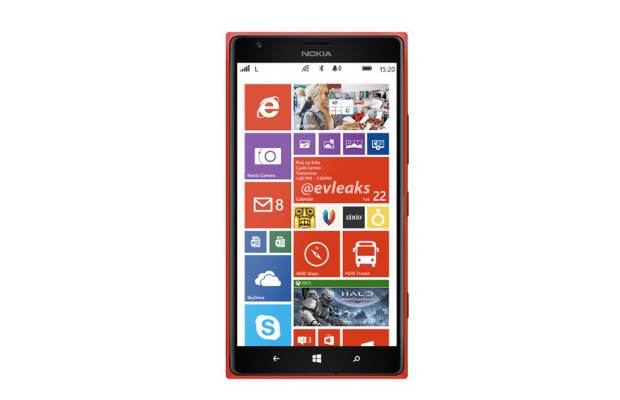 Nokia will offer the Lumia 1520 in Black, White and Yellow colours – just like the Lumia 1020. In the same way Lumia 1520 will also support Qi wireless charging with cover.

Microsoft has recently announced the Windows Phone 8 Update 3 that brings support for multi-core processors, full HD displays and more. The leaked pricing points at $820 (Rs 50, 900 approximately) which is quite similar to the Lumia 1020 pricing offered in India. Not to forget that the other phablets – Samsung Galaxy Note III and Sony Xperia Z Ultra fall in to similar price range.