Nokia 9 with 5.5-inch OLED display, dual rear cameras get certified by the FCC

A new render of the Nokia 9 has also leaked online and the phone has been spotted on Geekbench listing.

An upcoming Nokia smartphone bearing model number TA-1005 has been certified by the FCC in the US. The certification reveals some key specs about the upcoming device, which is none other than Nokia 9.

The certifications, via a Twitter user Zyad Atef‏,reveal that Nokia 9 will bear a 5.5-inch OLED display, making it first Nokia smartphone to come with such kind of display. Further, the panel will be provided by LG, although, the resolution and aspect ratio is not at the moment.

Moving on, the device will be powered by the latest Qualcomm Snapdragon 835 processor and it will be running on the latest Android 8.0 Oreo. The listing does not reveal about the RAM, but on the storage front, Nokia 9 will come with a 128GB UFS 2.1 storage, which will be sourced from Samsung. 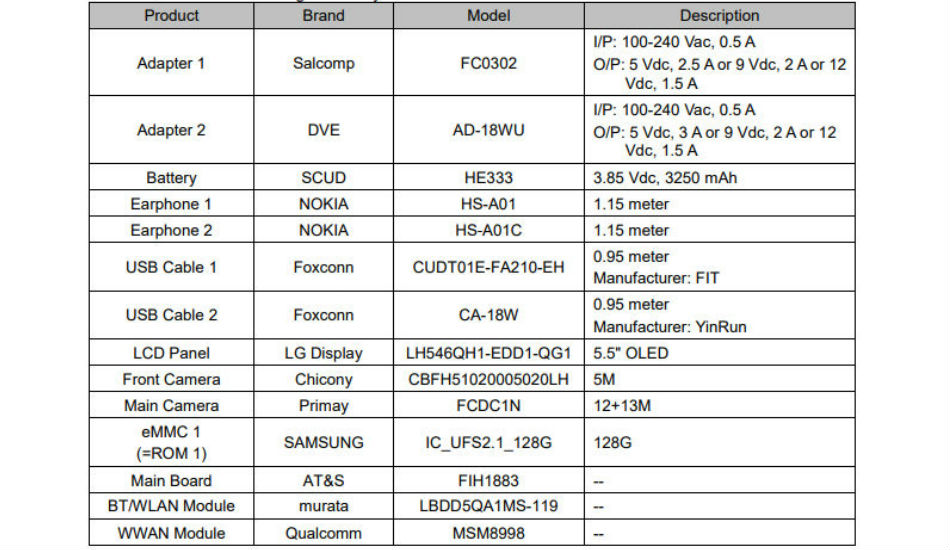 Meanwhile, Nokia 9 render has been leaked online (via), which reveals the front panel of the upcoming device. The render was leaked in Chinese social network Weibo and it shows that the device will surely bear a bezel-less display and HMD Global could finally adopt the latest trend of 18:9 aspect ratio if we go by the render. One can see a minimal top and bottom bezels, which will be a welcome move. 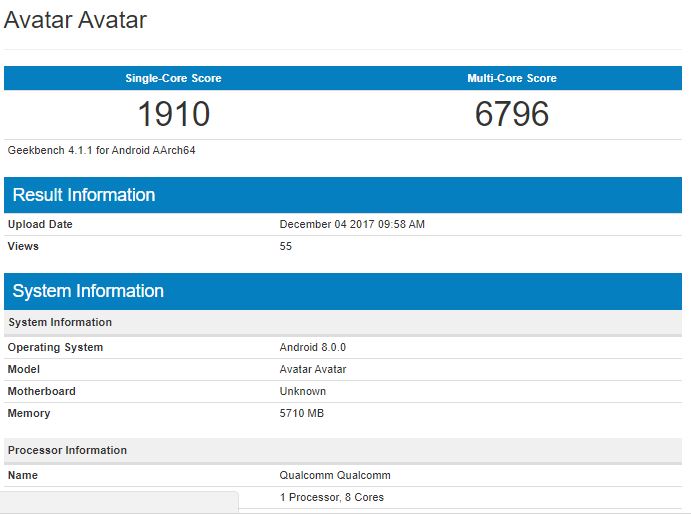 The FCC listing also reveals the screenshot of the Nokia 9 which confirms that it will be internally called as Avatar. Now, a new smartphone bearing the same name has been spotted on Geekbench, which is Nokia 9. The Geekbench listing reveals that the smartphone will be backed by a 6GB of RAM. The listing also confirms that the phone will be powered by the Qualcomm Snapdragon processor, which is none other Snapdragon 835. The phone has scored 1910 in single-core test and 6796 in multi-core test.