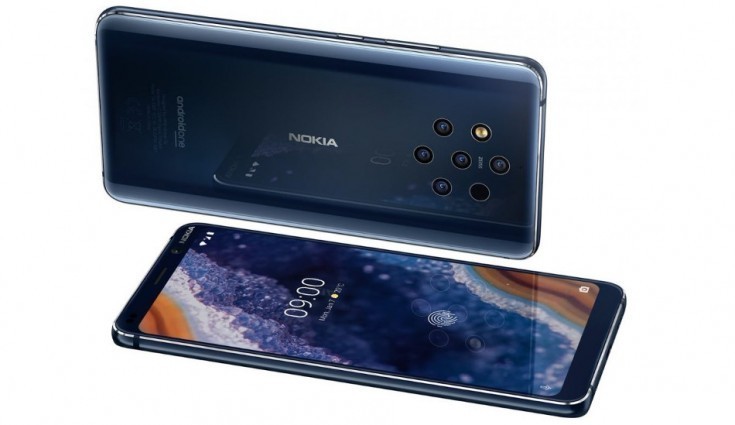 Nokia 9 PureView is still available for purchase at its launch price for Rs 49,999 on the company's official website as well as on Flipkart.

Nokia 9 PureView was launched in India recently for Rs 49,999. Now the smartphone has received a price cut after which it is retailing for Rs 47,850 on Amazon India. However, the smartphone is available for purchase at its launch price for Rs 49,999 on the company’s official website as well as on Flipkart.

Nokia 9 PureViewwas made available online first. The smartphone was recently made also available for sale across all major offline retailers across India. It comes in Midnight Blue colour option.

Nokia 9 PureViewsmartphone features a 5.99-inch with 1440 x 2880 Quad HD+ resolution, 18.5:9 aspect ratio and Corning Gorilla Glass 5 protection. It is powered by a Qualcomm Snapdragon 845 processor with Adreno 630 GPU along with 6GB of RAM and 128GB of internal storage. The phone has an in-display fingerprint sensor.

It is the world’s first smartphone to feature five cameras at the rear. HMD has partnered with Zeiss for its new penta-camera setup. The setup consists of five 12-megapixel sensors with f/1.82 aperture and phase detection auto-focus. Out-of-which three are monochrome lens and two RGB sensors. The company claims that each camera is controlled individually and all the cameras can take photos simultaneously to offer high dynamic range. For the front, there is a 20-megapixel front-facing camera.

The Nokia PureView is also IP67 certified for water and dust resistance. The phone runs on Android 9.0 Pie and is fueled by a 3,320mAh battery with support for fast charging and wireless charging. The phone measures 155 x 75 x 8 mm and weighs 172 grams. On the connectivity front, it supports 4G VoLTE, WiFi, Bluetooth 5.0, GPS, A-GPS, GLONASS, NFC, and USB Type-C port.