Nokia 8 to be soon upgraded to Android 8.0 Oreo 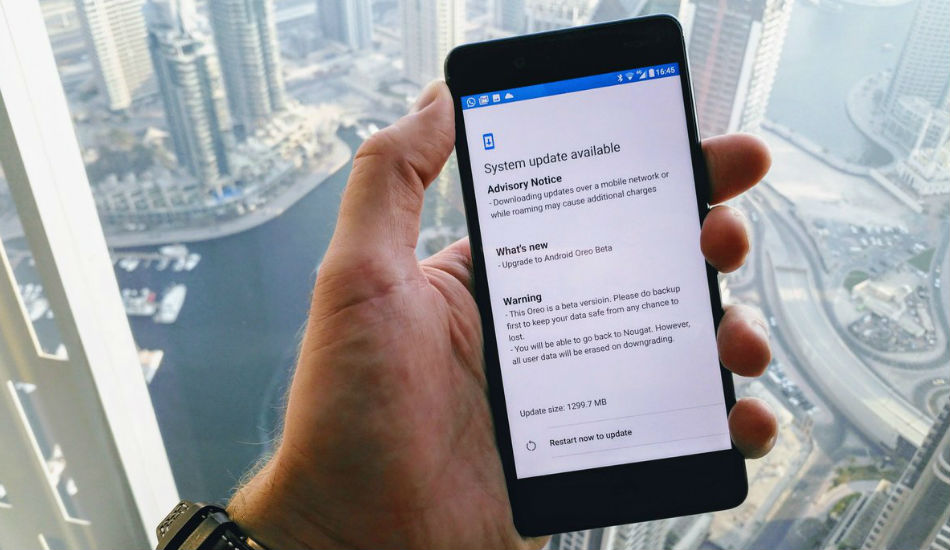 Juho Sarvikas, the Chief Product Officer at HMD Global has teased the beta update for its latest flagship model on Twitter.

Juho Sarvikas, the Chief Product Officer at HMD Global posted two images from his official Twitter handle, which shows the Nokia 8 receiving the latest Android Oreo Beta update. The images show a massive Oreo update in under testing, which is approximately 1.3GB in size.

We are on it @nokiamobile . @Android #Oreo maturing nicely on #Nokia8 , will release when perfect. Stay tuned! pic.twitter.com/wPxEGA4rJn

Further, Sarvikas said Android Oreo is “maturing nicely” on Nokia 8 and the company will “release when perfect”. However, the images do not show any changelog for the same. HMD Global had already confirmed in the past that all its Nokia-branded smartphones including Nokia 8, Nokia 6, Nokia 5 and Nokia 3 will be upgraded to Android Oreo.

Google has already revealed that by the end of this year, hardware makers including Essential, General Mobile, HMD Global Home of Nokia Phones, Huawei, HTC, Kyocera, LG, Motorola, Samsung, Sharp, and Sony are scheduled to launch or upgrade devices to Android 8.0 Oreo.

Recollecting some key specifications, the Nokia 8 is powered by an octa-core (Four 2.5GHz Kryo + Four 1.8GHz Kryo) Snapdragon 835 processor with 4GB of LPPDDR4X RAM along with 64GB of internal storage which can be expanded to 256GB.

The flagship Nokia phone comes with a 5.3-inch IPS QHD display with a resolution of 2560 x 1440 pixels which is protected by Corning Gorilla Glass 5 in a 2.5D finish for better aesthetics. As far as the build quality is concerned, it comes in a 6000 series aluminum body in has four colour options– two with the glossy finish and two in Matte– Polished Copper, Polished Blue, Tempered blue and Steel.

The primary dual-lens camera includes 13-megapixels (Colour + OIS) along with 13-megapixels (Mono) sensors with dual-tone Flash with an aperture of f/2.0, 76.9˚, PDAF and IR range finder. ZEISS powers the camera department. In the front, there is a 13-megapixels PDAF, 1.12um, f/2.0 selfie camera. The IP54 splashproof Nokia 8 comes with 3.5mm ADJ headphone jack (3-mics) and USB 3.1 Type-C. It has a hybrid dual-SIM card slot and is powered by a 3,090 mAh battery.