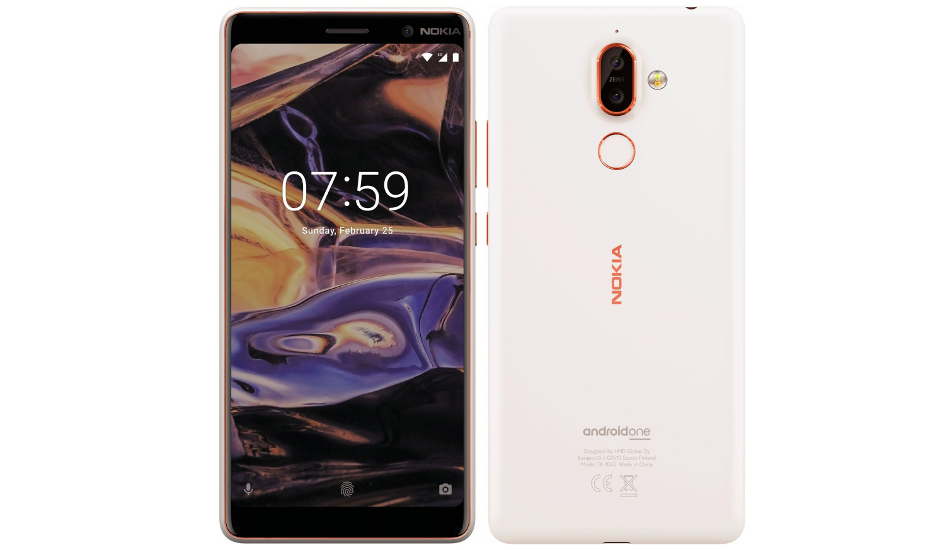 The device will arrive as an Android One smartphone.

Mobile World Congress event will be held from February 26 to March 01 this year. HMD Global has already scheduled its event on February 25th. Now ahead of the MWC, official renders of Nokia 7 Plus and Nokia 1 smartphones have surfaced online, courtesy Evan Blass.

The popular leakster on his official twitter handle has leaked the alleged photos of Nokia 7 Plus and Nokia 1. From the image, the Nokia 7 Plus seems to be inline with the earlier leaks. However, one notable thing is an inscription on the rear which indicates the device will arrive as an Android One smartphone.

The Nokia 7 Plus is shown in white in the image with orange accents around the dual rear camera. It features a full-screen design and a display with the aspect ratio of 18:9. The fingerprint scanner and Nokia logo located at the back of the device.

The renders of the Nokia 1, on the other hand, reveals a very compact device. There is a front-facing camera on the top left corner and on the rear, the Nokia 1 has a single rear camera with a large LED flash followed by the Nokia logo and a small speaker grill at the bottom. 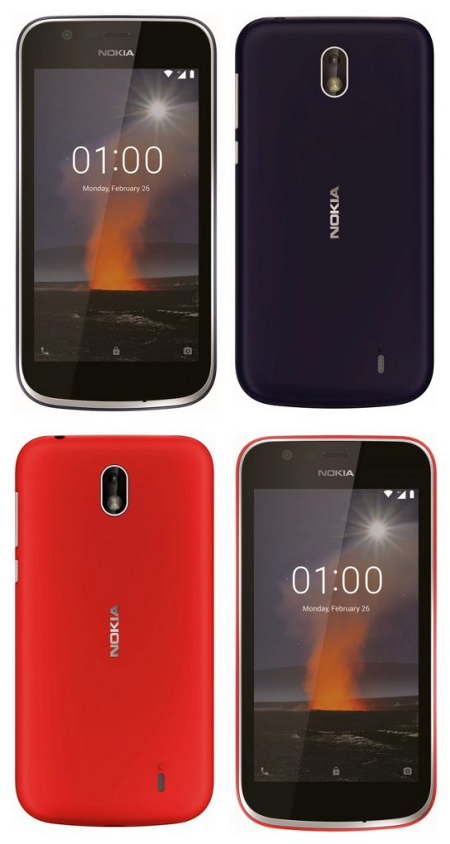 As per earlier leak, Nokia 1 could boast an HD resolution of 720 x 1280 pixels and it will come equipped with 1GB of RAM and 8GB of internal storage. It is said to be powered by Snapdragon 212 chipset. It is likely to be priced at 5990 Rubbles, which roughly translate to Rs 6,550. Nokia 1 is said to an Android Go phone which is a lightweight version of Android for phones with 1GB RAM or less