HMD-Global owned Nokia has launched the 2018 version of Nokia 6 which is simply named as Nokia 6.1. The phone is available on Amazon India for Rs 18,999.

The Nokia 6.1 comes with 4 GB of RAM and 64 GB of ROM. Based on Snapdragon 630 platform, the Nokia 6.1 promises 60 per cent better performance than its predecessor.

Made under the Android One programme, the phone comes with Android 8.1 Oreo operating system out of the box and as per the listing on Amazon, it promises two years of security update.

The Nokia 6.1 has a 16 megapixel rear camera with Zeiss optics and an 8 megapixel front camera. The phone is capable of recording 4K videos. Also it has a dual sight mode with which users can capture videos in split screen mode using both front and rear cameras. 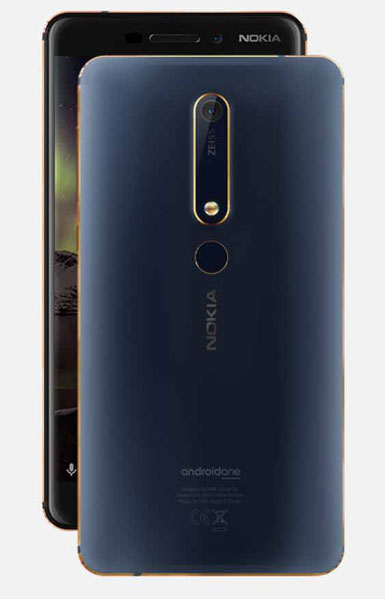 The Nokia 6.1 has an aluminium body with Corning Gorilla Glass protecting its screen. A fingerprint sensor is placed on its back panel just under a vertical camera panel.

The phone has a 5.5 inch screen that has full high definition resolution. Besides, it comes with an expandable storage slot that can hold a micro SD card of up to 128 GB.