HMD Global is likely to launch the Nokia 6 (2018) in China this week on January 5. Now ahead of launch, the Nokia 6 (2018) has been spotted on a GeekBench benchmarking website, via Slashleaks. The listing has confirmed some of the specifications which were leaked earlier. 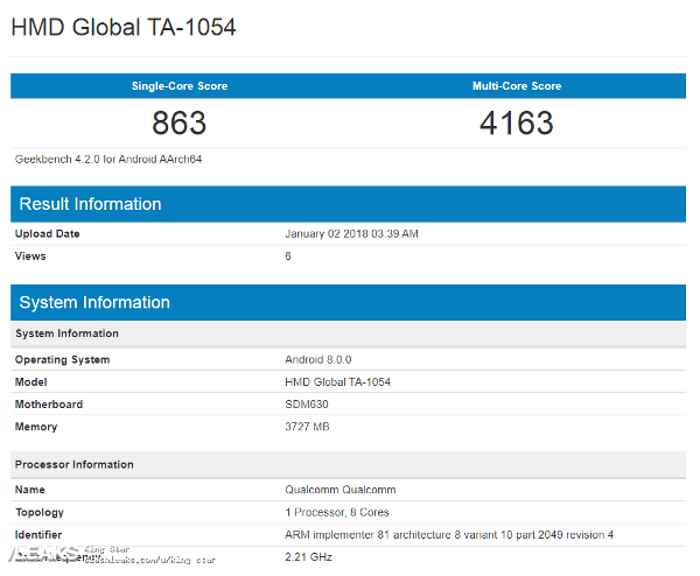 Just yesterday, a China-based retailer named Suning has leaked a teaser image of the Nokia 6 (2018) on Chinese microblogging website, Weibo.

Since the Nokia 6 was announced in China in January and thereafter went on sale a few days later, so the successor might also debut this month and the device might go on sale from January 19 which was earlier rumoured to be the launch date.

The Nokia 6 (2018) was yesterday found listed on Chinese regulatory site, TENAA, revealing some key specifications. The device will sport a 5.5-inch Full HD display with a screen resolution of 1920 x 1080 pixels. The listing further reveals that Nokia 6 (2018) will be powered by a 2.2GHz octa-core Qualcomm Snapdragon 630 processor along with Adreno 508 GPU. The phone will be backed by a 4GB of RAM and 32GB/64GB of internal storage, which can be further expanded up to 128GB via micro SD card.