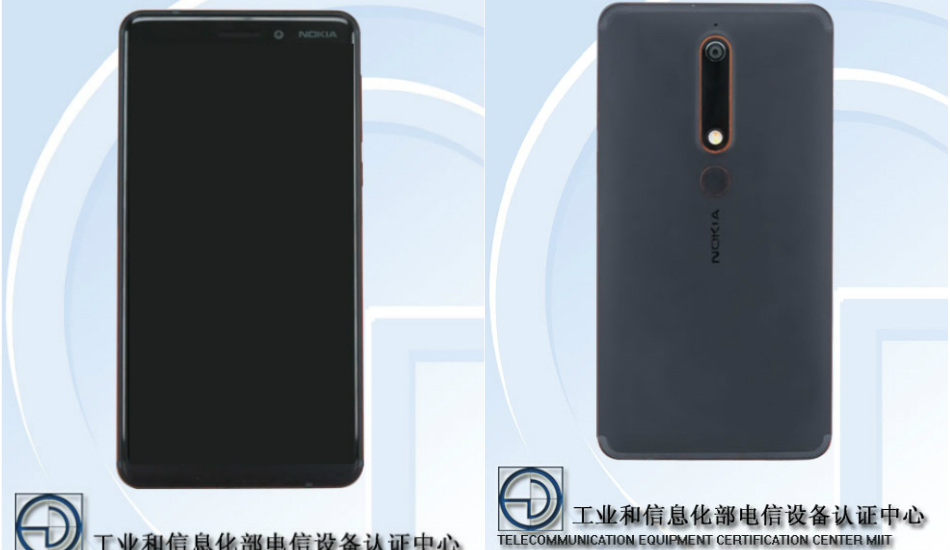 HMD Global is reportedly working on the next-generation of Nokia-branded smartphones and one of them is indeed Nokia 6 (2018). The smartphone has been now found listed on Chinese regulatory site, TENAA, revealing some key specifications.

The listing also reveals the images of the Nokia 6 (2018). Judging by the photos, it seems that the device will follow the design language as we have seen in Nokia 7. The device sports some minimal side bezels and narrow bezels on the upper and lower part. On the right hand, there is a volume control along with the power on/off button. At the back panel, one can see a single camera along with a LED flash and just beneath it, you will see a fingerprint sensor. The smartphone will available in White, Black and Blue colour options.

Coming to the specification front, the device will sport a 5.5-inch Full HD display with a screen resolution of 1920 x 1080 pixels. The listing further reveals that Nokia 6 (2018) will be powered by a 2.2GHz octa-core Qualcomm Snapdragon 630 processor along with Adreno 508 GPU. The phone will be backed by a 4GB of RAM and 32GB/64GB of internal storage, which can be further expanded up to 128GB via micro SD card.