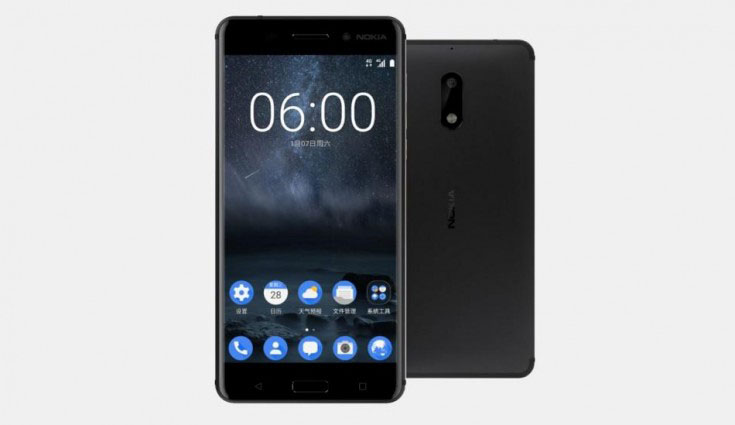 Recently it was reported that HMD is working on a Nokia 6 successor which will be dubbed as Nokia 6 (2018). Now the upcoming Nokia 6 (2018) with model number TA-1054 has been certified by TENAA certification website in China. However, the TENAA listing does not carry any specs and the images for the Nokia 6 (2018).

As per a report of NokiaPowerUser, the device will run on the Android operating system and will be dual SIM enabled. It is likely to have the design language quite similar to that of the Nokia 7. 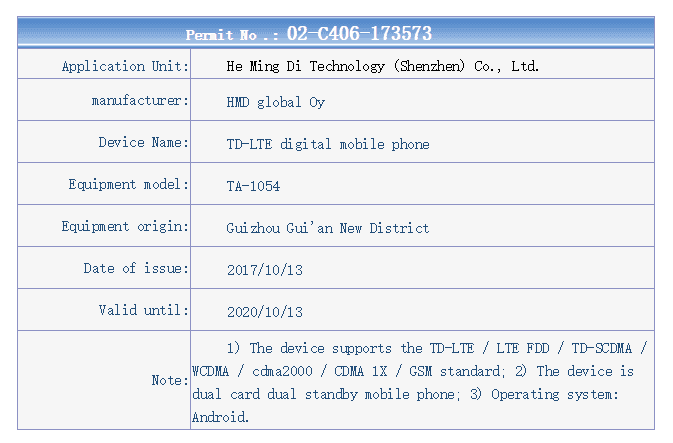 As per earlier reports, Nokia 6 (2018) is said to come with 4 GB of RAM and 32 GB of internal storage. But depending upon the market, the device is also expected to come in other variants which are likely to be 3GB RAM with 32GB storage and 4GB RAM with 64GB storage. It might feature a 5.5-inch display with 18:9 aspect ratio, dual rear camera setup and powered by Snapdragon 630 chipset. It will be featuring a fingerprint sensor on the back of the device.

Since the Nokia 6 was announced in China in January and at MWC globally, it is likely that its successor might also debut at MWC 2018. Meanwhile, HMD Global is likely to unveil the Nokia 9 along with a Nokia 8 (2018) on 19th January 2018.