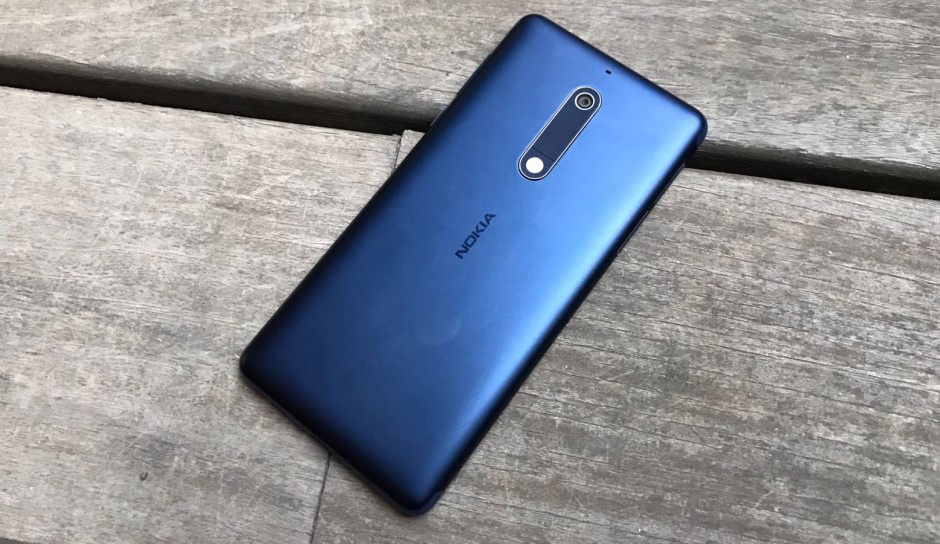 Nokia 5 was launched in the year 2017 with Android Nougat operating system.

HMD Global has started rolling out the Android 9 Pie update to its Nokia 5 smartphone. The device was launched in the year 2017 with Android Nougat operating system. Later, it received Android Oreo update in the year 2018.

The announcement was made by HMD Global Chief Product Officer Juho Sarvikas on Twitter. The tweet also carries a small video which shows that the company has brought two major software updates to Nokia 5 smartphone till now.

It gives me immense pleasure to announce that Nokia 5 (2017) has just been updated to Android 9 Pie! Nokia Phones truly get better over time! pic.twitter.com/HbwKxilXc8

Nokia 5 features a 5.2-inch 2.5D curved HD IPS LCD display with a resolution of 720×1280 pixels and has a 3000 mAh battery. It is powered by a 1.4GHz octa-core Qualcomm Snapdragon 430 processor, paired with Qualcomm Adreno 505 GPU. It has 2GB of RAM and 16GB of internal storage which is expandable up to 128GB via microSD card. The smartphone sports a 13-megapixel rear camera and an 8-megapixel front camera.