The device will not be sold in the US market as HMD Global will be disabling some of the network bands.

Seems like the launch of Nokia 2.1 Plus is imminent as the phone has received (Federal Communications Commission) FCC certification in the US. The listing has also revealed some of the specifications of the device.

The Nokia smartphone with model number TA-1136 has received the FCC certification which was first spotted by NokiaPowerUser. The listing shows that the Nokia 2.1 Plus will have 1GB of RAM and 16GB of internal storage. The Nokia 2.1 that was launched in India in August this year has 8 GB of RAM. Nokia 2.1 Plus will be the bigger-sized variant of Nokia 2.1 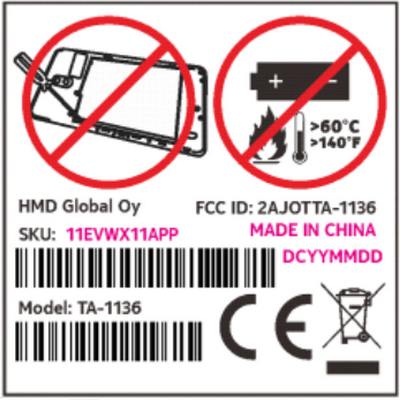 The FCC listing further reveals that the smartphone will work on 2.4GHz Wi-Fi. Notably, there is no dual-band 5GHz Wi-Fi support on the device which might indicate the absence of dual-band Wi-Fi in the phone. The device will not be sold in the US market as HMD Global will be disabling some of the network bands.

To recall, the Nokia 2.1 has a 5.5 inch IPS LCD display with a 1280 x 720 resolution, 16:9 aspect ratio and Gorilla Glass for protection. Armed with Qualcomm Snapdragon 425, the phone has 1 GB of RAM along with 8 GB of internal storage which can be expanded up to 128 GB using a microSD card.

For the camera, the phone has an 8-megapixel rear camera and a 5-megapixel front facing camera. It runs Android 8.1 Oreo out of the box and is a part of Google’s Android One Program. It has a 4,000 mAh battery which claims to offer 2 day battery life.