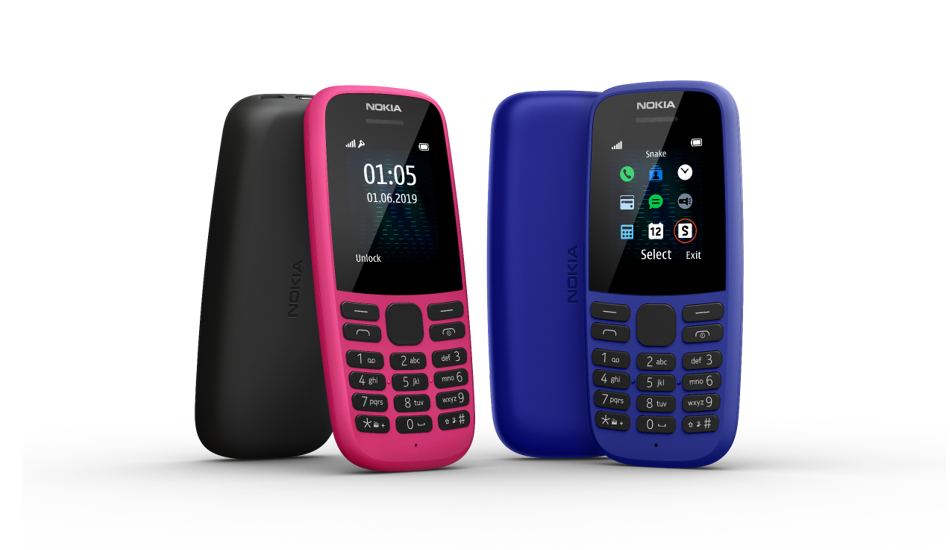 HMD Global has announced the fourth generation of the Nokia 105 feature phone with an 18-day battery, Dual SIM fucntionality, FM Radio and LED Torchlight. The new Nokia 105 will be available in Blue, Pink and Black for an asking price of Rs 1,199 from August 20.

The new Nokia 105 can hold up to 2000 contacts and up to 500 SMS at a given time. The device comes with Built-in FM radio which lets users listen to their favourite stations on the go. It also features an LED torch which can be switched ON by pressing the up key twice.

Speaking about the launch, HMD Global Chief Product Officer, Juho Sarvikas said “The Nokia 105 has sold in tens of millions across the globe proving its popularity and timeless quality as a legendary phone. This is the fourth generation in a line of feature phones designed for those who want to embrace mobility. We wanted to build on the winning formula of one of our most popular feature phones globally and bring the same quality and even better functionality, with a focus on first-time mobile users. We’ve used a familiar design, with modern contours and we’ve packed the phone with a long-lasting battery, so you can be on a call for hours at a time”.

HMD Global APAC and India Vice President and Region Head, Ajey Mehta said “The love for Nokia feature phones reigns high in India for their build quality, reliability and functionality. With Nokia 105, we are bringing a phone to those consumers who are embracing mobility for the first time, giving them a phone with long lasting battery and everyday essentials in a modern design. I am excited to bring Nokia 105 to Indian consumers”.

The Nokia 105 Dual Sim can be purchased on Nokia.com and retail outlets across India for a price of Rs 1,199 starting on August 20. The feature phone s available in Pink, Blue and Black colours.