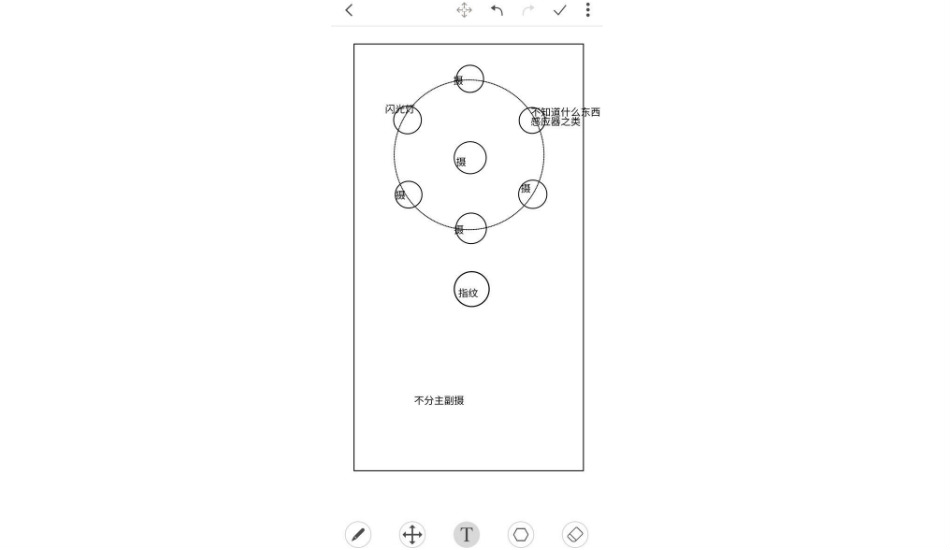 We earlier reported that HMD Global is working on a new Nokia-branded smartphone that will come loaded with five rear cameras. The smartphone is reported to be known as Nokia 10 and a module design of the phone has been leaked online and it reveals some key information about the placement of five rear cameras.

The design was spotted by NokiaPowerUser and it shows the design sketch of this camera module. According to the leak, the smartphone’s cameras will be placed in a circular formation, which is similar to what we have seen in Nokia Ozo camera. The image shows that there is an LED flash on the left side, while on the right, there is some unknown sensor on the right. One can also see a fingerprint sensor just beneathpenta-lens camera at the back panel. The design is in line with the previous report that suggested the same circular design for the cameras.

Further, the report further mentions that the device will come loaded with a glass design both on the front and back panel, which would surely give a distinct look. The Nokia 10 will come loaded with the latest 18:9 display, which now becoming a new trend in the smartphone market. Further, the device is reported to be powered by the latest Qualcomm Snapdragon 845 processor and it might run on the latest Android 8.0 Oreo. Interestingly, the report highlights that the smartphone is in development stages and it may not arrive before second half of 2018.

However, there is no other information available about the upcoming device, so we suggest you take this report with a grain of salt. HMD Global has sent invites for the launch event and has scheduled its launch event on February 25th, just ahead of MWC 2018. The event will be held from February 26 to March 01 this year.

Multiple reports suggest that HMD Global will launch Nokia 9 and Android Oreo (Go Edition) based Nokia 1. Apart from these two phones, the company is also said to launch the Nokia 4, Nokia 7, Nokia 8 (2018) and the 4G LTE-enabled model of the Nokia 3310 feature phone. At last year’s Mobile World Congress event in February, the company unveiled the Nokia 3, 5, and 6 in addition to the 2G variant of the redesigned Nokia 3310.