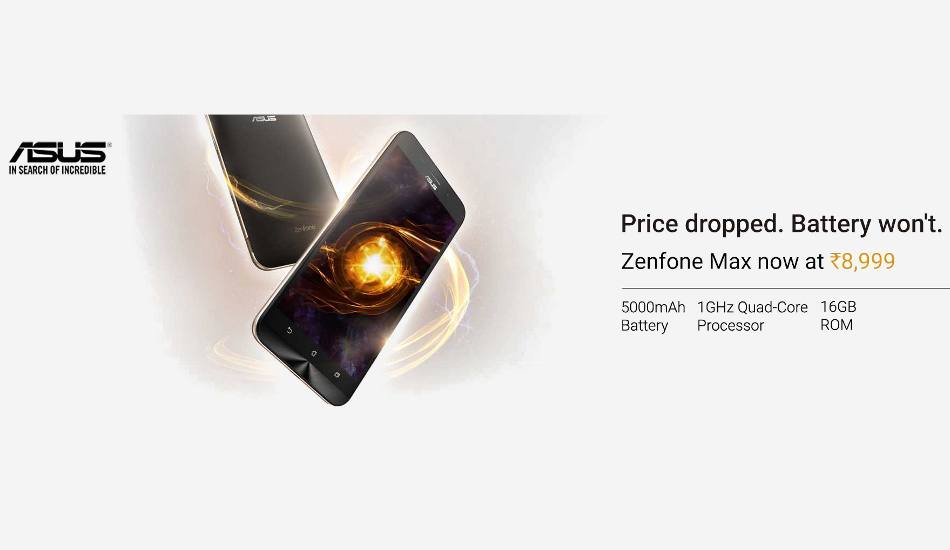 Asus has started pushing out a new update to its Zenfone Max (ZC550KL) smartphone. The update arrives with version number 13.8.26.92 and brings only a handful of changes, including a fix for the better battery of the device.

Since the update is being rolled out over-the-air, it may take some time before it comes to your device. One can also manually check for the update by going to Settings ->About Phone -> Software Update.

Earlier this year, Asus had rolled out a software update for ZenFone Max which brought VoLTE support to the smartphone in India which made the smartphone compatible with Jio’s VoLTE calling service.

To recall, Asus Zenfone Max was launched in India last year in January. The USP of this smartphone is its huge 5000 mAh lithium-polymer battery which can double up as a power bank to charge other devices through reverse charging. The company claims that one a single charge one can expect about 37.6 hours of 3G talk time or 32.5 hours of WiFi web browsing or 72.9 hours of music playback or 22.6 hours of video playback.

Further, the device a 5.5-inch HD (720×1280 pixels) IPS display and is powered by a Qualcomm 8916 (Snapdragon 410) quad-core processor paired with 2GB of RAM. However, the company also brought in a Snapdragon 615 variant with an option of 3GB of RAM. The smartphone runs on Android 5.0 Lollipop (Android 6.0 Marshmallow on the 2016 variant) operating system with ZenUI 2.0 on top of it.

The smartphone comes with 16GB (32GB for 2016 variant) of internal storage, which can be further expandable up-to 64GB via microSD card. The ZenFone Max flaunts a 13-megapixel rear camera with dual LED flash and a 5-megapixel front-facing camera. On the connectivity front, the smartphone offers Dual SIM, 4G, GPRS/ EDGE, GPS with AGPS/Glonass, Bluetooth 4.0, WiFi, and Micro USB 2.0.