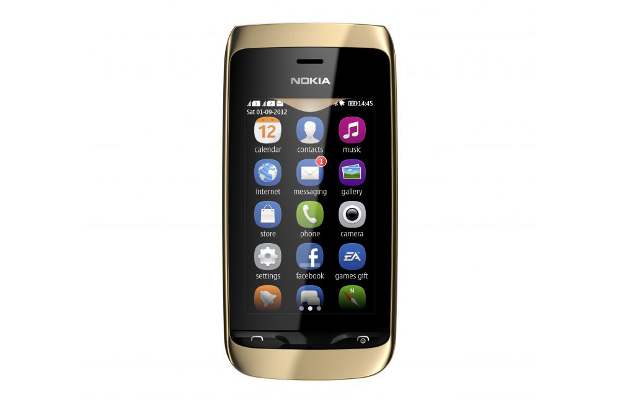 Finnish mobile device manufacturer, Nokia had announced the global debut of two new Asha series phones, Nokia Asha 308 and Asha 309, last month. And out of the two, the new Asha 308 has now been made available in India. It is available on Infibeam, an online seller, for Rs 5,799.

The new smart feature phone comes with a full touchscreen and has the Asha operating system which has recently been seen on the Asha 311 and Asha 305 phones as well. 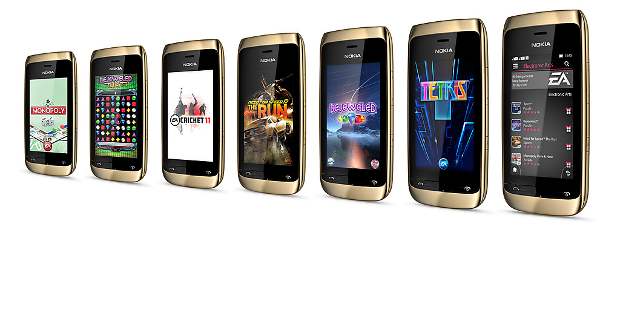 The Nokia Asha 308 comes with dual SIM and 2G network connectivity. It is equipped with a 3 inch display with 240 x 400 pixel resolution and a proximity sensor which automatically controls the display while the user is on a call. The phone supports up to 32 GB expandable memory and has 128 MB of internal memory which is further complimented by its 64 MB RAM memory.

The Asha 308 features a 2 megapixel fixed focus digital camera with zoom and video capture capability at 15 FPS in Qicf resolution. There’s a video player, music player, and FM radio as well to keep the users entertained while on the move. On the connectivity front, the Asha 308 has options like GPRS, Edge, Bluetooth, and an USB port.

The Asha 308 also comes with pre-installed Nokia Xpress browser, which according to Nokia, is up to 90 per cent more efficient and faster than conventional browsers as it utilises server side compression for web pages.

Also the users will get a complimentary gift of 40 popular EA games with the Nokia Asha 308 which can be downloaded free of cost and enjoyed on the device.