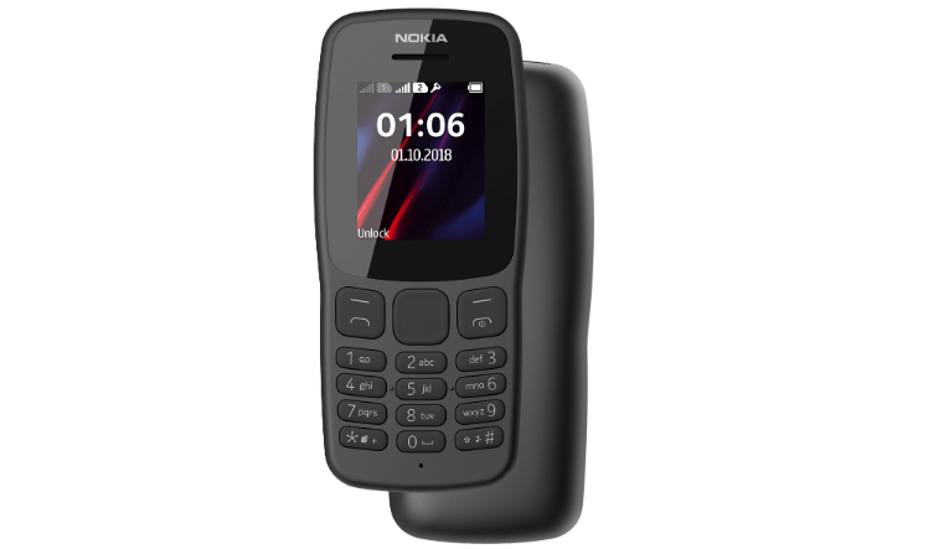 The new phone is the successor of the old Nokia 106 that was introduced back in 2013.

HMD Global has launched a new Nokia 106 feature phone in the market. The new phone is the successor of the old Nokia 106 that was introduced back in 2013. Alongside, the company has also unveiled two new colours for the Nokia 230.

The Nokia 106 features 1.8-inch QVGA (160 x 120) display and a polycarbonate body, contoured design. The phone and is powered by a MediaTek MT6261D SoC, coupled with 4MB of RAM and 4MB of internal storage. It supports up-to 32GB of expandable storage via MicroSD card

The feature phone does not feature a camera and LED torch light. It comes with a built-in FM Radio, music player, Bluetooth. Besides, it measures 111.15 x 49.5 x 14.4 mm. and it has 800 mAh battery which claims to offer up to to 21 days standby and 15.7 hours talk time. Nokia 106 is also loaded with games like Snake Xenzia along with some try and purchase games from Gameloft such as Nitro Racing, Danger Dash, and Tetris among others.

HMD Global has also unveiled a new Light Grey and Dark Blue colour variants of the Nokia 230 which was originally launched back in 2015 in Black and Silver colours.