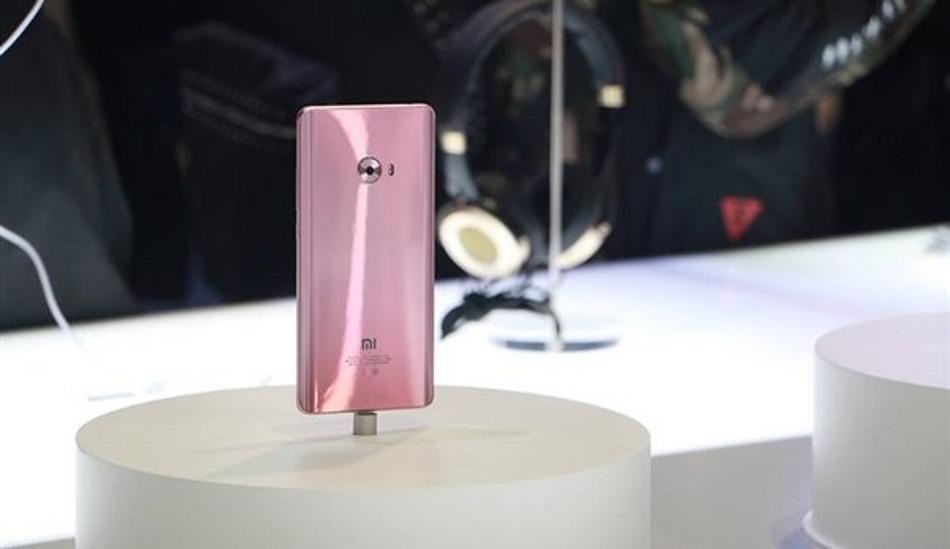 The smartphone is backed up by 4070 mAh battery which supports Quick Charge 3.0.

Xiaomi had launched Mi Note 2 in October alongwith Xioami Mi Mix. While the White Xiaomi Mi MIX was unveiled at the Consumer Electronics Show (CES) 2017 in Las Vegas last week, the company has also unveiled the Mi Note 2 smartphone in three new colours which includes pink, green, and purple at the same event.

The Xiaomi Mi Note 2 was initially launched in the Piano Black and Glacial Silver colours, but now the company has added three more colours to its portfolio. The company has however not revealed any launch date for the new colours. It is expected for the new colours will be first available in China. Last month, a flat screen variant of Mi Note 2 which was expected to be unveiled turned hoax. Xiaomi’s Marketing Director, Zang Zhiyuan announced this via the official blog that there is no flat screen of Xiaomi Mi Note 2.

The Mi Note 2 comes with a 5.7 inch OLED flexible display which curved around the edges making it a 77.2 percent of the screen to body ratio. On the inside, it is powered by a 64-bit Qualcomm Snapdragon 821 chipset clocked at 2.35 GHz and Adreno 530 GPU. The RAM and storage variants have already been mentioned above.

The new flagship from Xiaomi boasts a 22.56-megapixel rear camera with a Sony IMX318 Exmor RS sensor, a f/2.0 aperture, PDAF, and EIS with its own 3-axis gyroscope for 4K video stabilisation. For selfies, it comes with 8-megapixel shooter with f/2.0 aperture with features like group selfie and Auto Beautify 3.0.

To power up the device, there is 4070 mAh battery which supports Quick Charge 3.0. For connectivity, Xiaomi is promising LTE speeds of up to 6000 Mbps, Wi-Fi, Bluetooth, NFC for Mi Pay etc. It also houses Aquatic audio processor for enhanced audio quality both from the speakers and headphones.