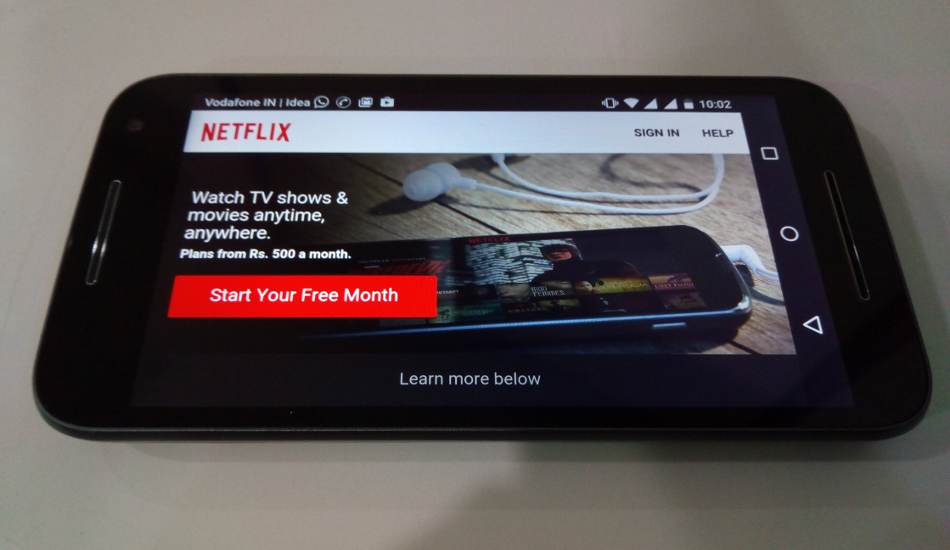 Netflix will be starting a promotional offer called StreamFest in India for 2 days starting 4th of December which will give you access to Netflix content for free.

Netflix, the media-streaming service will be testing a free trial period of 2 days in India for its service on December 4th. The promotional offer will be an India-exclusive at the time of launch and is called ‘StreamFest’.

A few days back Netflix cancelled the free trial period of a month, worldwide, which it provided to new customers. It now turns out that the 1 month trial was canceled for this purpose.

Netflix says that it might expand the offer to more countries after seeing the response in India. Earlier, to get the 1 month free trial, users had to put in their card details but this is not the case with the new 2-day promotional offer.

“We think that giving away everyone in a country access to Netflix for free for a weekend could be a great way to expose a bunch of new people to the amazing stories that we have, the service and how it works … and hopefully get a bunch of those folks to sign up.”, said Netflix COO Greg Peters in an interview after the company’s Q3 2020 results.

For Netflix, the Q3 results haven’t been in their favour as the service was able to gain just 2.2 million net additions compared to Q1’s 15.7 million new subscribers and 10.09 million in Q2.

Netflix has also offered a couple of India-exclusive features in the past including the Rs 200 mobile-only plan which it first introduced in New Delhi before adding it permanently to its application. In the past month, Netflix also offered some shows and movies to its users for free.