Realme RMX1931 features a 6.55-inch Full HD+ display. It’s powered by a Qualcomm processor clocked at 2.84GHz which resembles the peak frequency of the Snapdragon 855, meaning it could be powered by the flagship chipset.

Realme announced the Realme X2 with Snapdragon 730G earlier this week and from the looks of it, the company is working on two new smartphones. Two Realme phones with model numbers RMX1931 and RMX1993 popped up online. While specifications of the RMX1993 weren’t available, we do have some key specifications of the Realme RMX1931 device from its Bluetooth Special Interest Group (SIG) listing.

As noted on Bluetooth SIG, the Realme RMX1931 features a 6.55-inch Full HD+ display. It’s powered by a Qualcomm processor clocked at 2.84GHz which resembles the peak frequency of the Snapdragon 855, meaning it could be powered by the flagship chipset. 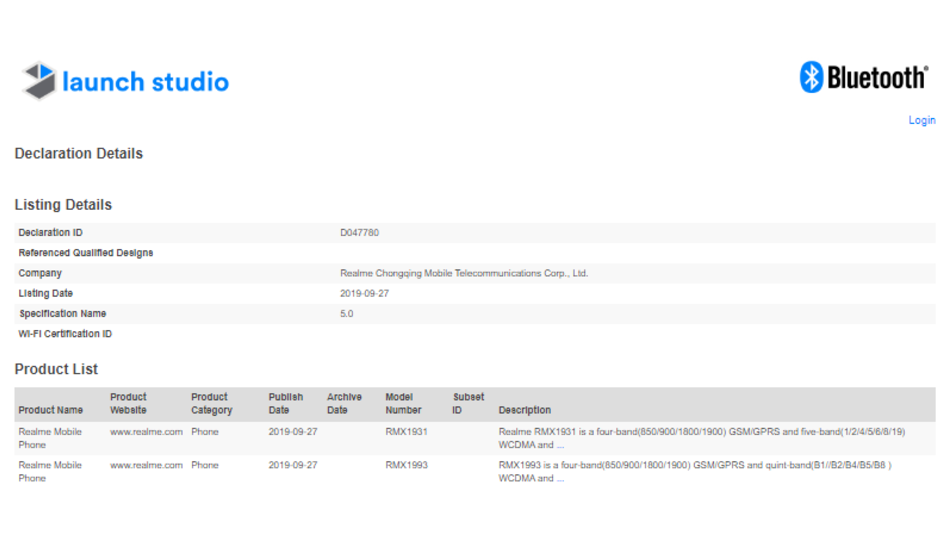 The smartphone also comes with Bluetooth 5.0 and dual-band WiFi and will run on ColorOS 6.1. the listing appears to be incorrectly showing the battery capacity of the phone as 1,950 mAh battery. 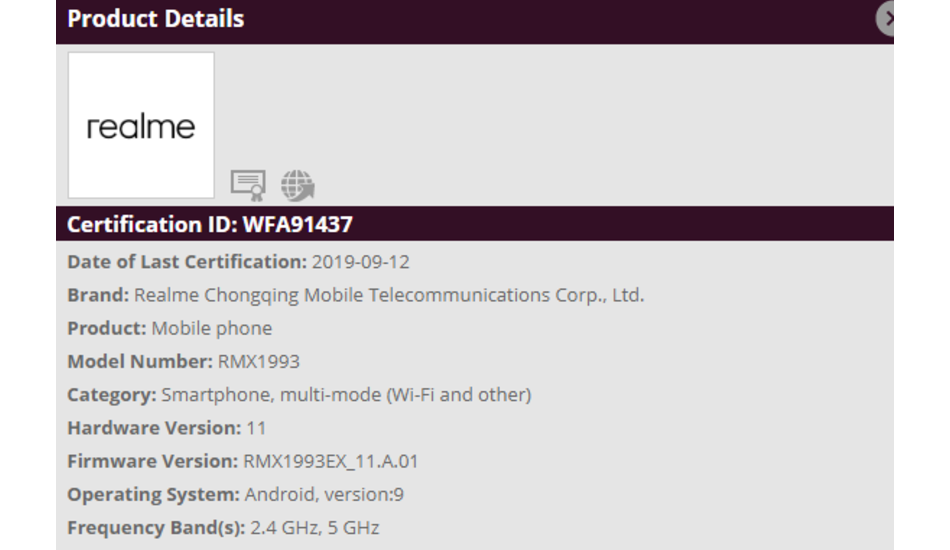 The other Realme phone bearing the model number RMX1993 was spotted on both Wi-Fi Alliance and Bluetooth SIG. The smartphone is expected to come with Android 9 Pie and will support dual-band WiFi for connectivity. The Realme RMX1993 could be a country variant of the Realme X2 which had a model number RMX1991.