ZTE Blade V8 Mini comes with a dual rear camera set up of 13-megapixel and 2-megapixel.

ZTE has unveiled two new devices under its Blade V8 series at the ongoing Mobile World Congress in Barcelona, Spain. The smartphones are named as ZTE Blade V8 Mini and ZTE Blade V8 Lite. The company has not revealed anything about their pricing yet. Meanwhile, ZTE has earlier announced ZTE Blade V8 and ZTE Blade V8 Pro at CES event in Las Vegas this year in January.

For the specs, ZTE Blade V8 Mini features a 5-inch HD (720×1280 pixels) IPS display and is powered by the 1.4 GHz quad-core Qualcomm Snapdragon 435 processor and 2 GB of RAM. The smartphone runs on Android 7.0 Nougat operating system and is packed with a 2800 mAh battery. 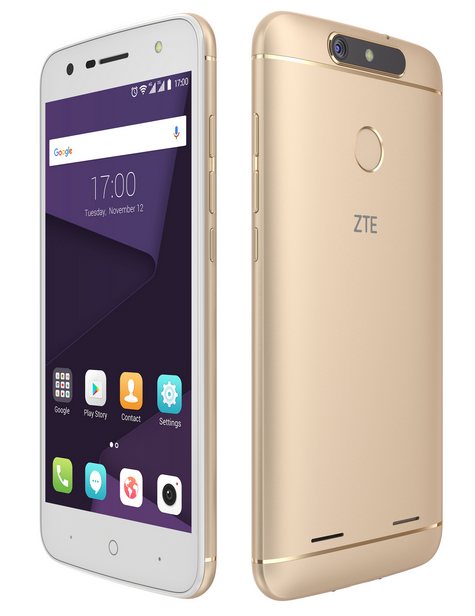 ZTE Blade V8 Mini comes with 16GB of internal storage, which can be further expandable via a micro SD card. The smartphone flaunts a dual rear camera setup with 13-megapixel for capturing the image and a 2-megapixel for Bokeh effect which allows to replicate different camera apertures and taking photos with a blurry background. It features a 5-megapixel front-facing camera with an LED flash light. On the connectivity front, the smartphone offers 4G/LTE, WiFi (802.11 a/b/g/n/ac), micro-USB port, Bluetooth 4.0, and GPS/A-GPS. The handset measures 143.5 x 70 x 8.9 mm.

On the other hand, ZTE Blade V8 Lite features same 5-inchdisplay HD (720p) resolution and is powered by a MediaTek MT6750 octa-core processor. The smartphone has 2GB of RAM and 16 GB of internal storage with 128GB of expandable memory via a micro SD card. Unlike, ZTE Blade V8 Lite does not feature a dual camera set up. Instead, it comes with an 8-megapixel rear camera on the back and a 5-megapixel snapper on the front.

ZTE Blade V8 Lite comes with Android 7 Nougat operating system out of the box with ZTE’s custom MiFavor UI sprinkled on top. It is fueled by a lesser 2,500 mAh battery. The smartphone has the same connectivity features as of ZTE Blade V8 Lite.