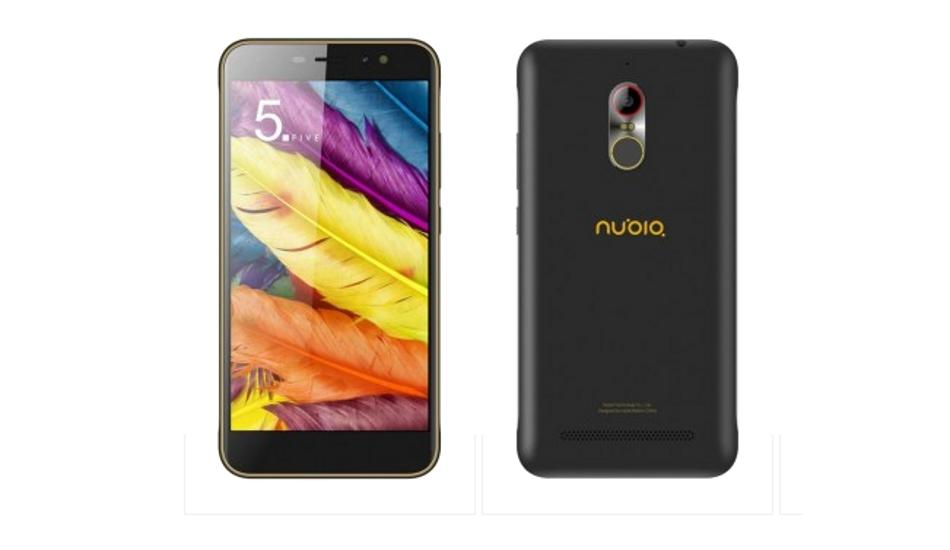 The smartphone is also expected to launch in India as well in the near future.

The Nubia N1 Lite is company’s budget offering and sports a 5.5-inch HD 2.5D curved glass display with resolution of 720×1280 pixel. Under the shell, the device is powered by a 1.5Ghz quad-core Mediatek MT6737 processor. The phone comes with 2GB of RAM and 16GB of internal storage, which can be further expanded up to 32GB via microSD card. It also has a fingerprint scanner which sits on its back panel.

The Nubia N1 Lite sports a 5-megapixel front-facing camera with LED flash for selfies. It also has a 8-megapixel camera at the rear with f/2.2 aperture, Dual LED flash support. The device runs on Android 6.0 Marshmallow operating system with Nubia UI on top of it. The smartphone is powered by a massive 3000mAh battery with Qualcomm Quick Charge 3.0 technology. Connectivity options includes 4G LTE, VoLTE, Wi-Fi 802.11ac, Bluetooth 4.1, and GPS.

The smartphone will be initially launched in some parts of Europe in the month of march, which include countries like Germany, Italy, Spain and the Czech Republic and later followed by countries like Thailand,Vietnam, Indonesia and India as well.