Swipe Telecom plans to launch 3 more co-branded devices by this year end in association with MTV.

Sandeep Dahiya, senior vice president and business head of consumer products at Viacom18, said to The Mobile Indian, “Swipe MTV Volt is the first co-branded device we have launched for the young generation who always want to be connected, and in the coming months we, together with Swipe Telecom, will launch more such devices that can be phablets or tablets, which will have a complete MTV look and feel.” 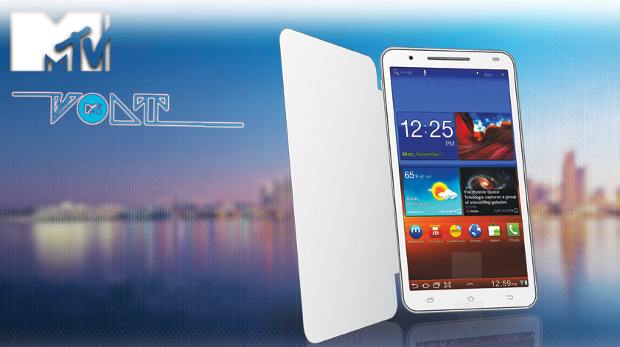 A spokesperson of Swipe Telecom said to The Mobile Indian, “In the next three quarters, we plan to launch three more MTV co-branded phablets or tablets (it has not been decided) in India.”

The first device under this partnership, MTV Volt – a six inch smartphone, was launched yesterday for Rs 12,000. It features an exclusive inbuilt TV player, offering viewers on-the-go access to MTV. The MTV Volt has a 1 GHz, dual core processor and is powered by Android Jelly Bean 4.1.1. It has an 8 megapixel rear camera with flash, a 1.3 megapixel front camera and a 3200 mAh battery as well.