The company has started sending out media invites for the event, which is scheduled to take place on 10:00 AM in São Paulo, Brazil.

Motorola Moto X4 has been subjected to various leaks in the past and now it seems that the company is all set to launch the latest smartphone on August 24. The company has started sending out media invites for the event, which is scheduled to take place on 10:00 AM in São Paulo, Brazil.

However, the invite does not mention about the smartphones, but multiple reports suggest that Moto X4 could be unveiled on the said date. There is also a possibility that the company might introduce the Moto Z2 Force or recently-launched Moto G5S and Moto G5S Plus as well. So, stay tuned with us for further details. 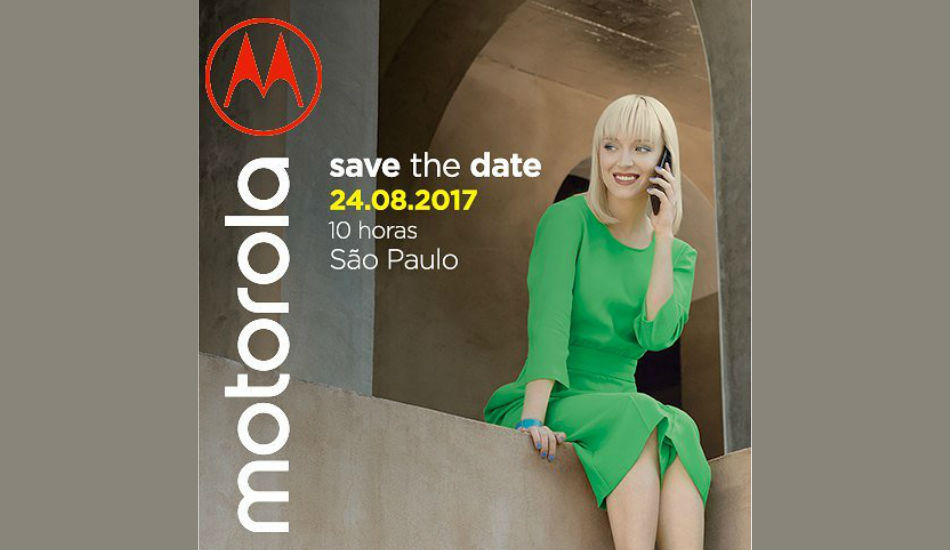 Meanwhile, Android Authority reveals the final press render of the upcoming device. Looking at the image, it is certain that the device will sport a glass back, which might shimmer when held in the light. The phone will be available in Super Black or Sterling Blue colour variants and it will measure 148.35 x 73.4 x 7.99 mm. On the battery front, the phone will be juiced up by a 3,000mAh non-removable battery and it will come with TurboCharging feature as well.

On the camera front, the device will sport a dual-camera setup with a combination of 12-megapixel main with dual autofocus, f/2.0 aperture, 1.4-micron pixel size along with an 8-megapixel ultra-wide sensor with f/2.2 aperture, 1.12-micron pixel size and a 120-degree field of view. The camera will further boast features like dual-LED flash, Phase Detection autofocus and the ability to add depth of field effects. For the front, there will be a 16-megapixel selfie camera with aperture f/2.0 and 1.0-micron pixel size, which the company says is designed for ultra-light selfies.