Motorola P40 Power is expected to be a direct successor to last year’s P30 Note (Motorola One Power).

Motorola is working on its upcoming Android One smartphone, called as Motorola One Vision, renders of which leaked on the web last month. Now alleged renders of the Motorola P40 Power have now leaked online, which is expected to be a direct successor to last year’s P30 Note (Motorola One Power).

As per the leaked renders shared by OnLeaks in collaboration with PriceBaba, the Motorola P40 Power has a punch-hole camera cutout on the front. The phone will come with a triple camera setup on the back. The rear of the device will also feature a fingerprint sensor as well as the dual-LED flash. 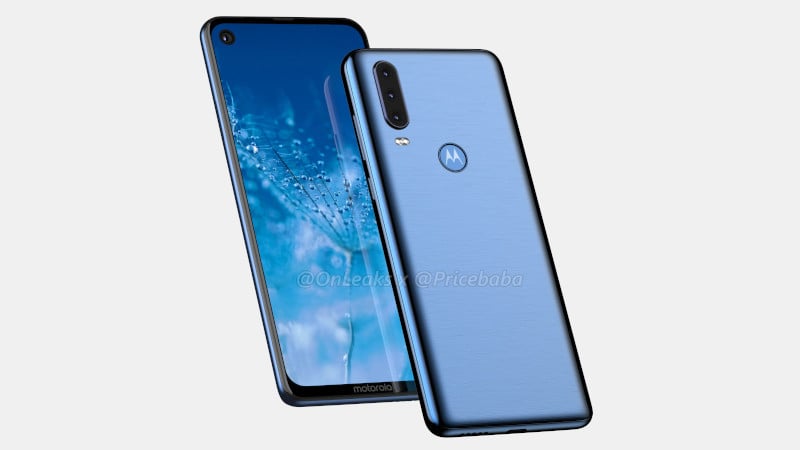 The device is seen with a thin chin that features the Motorola branding. The volume and power button are placed on the right side, while its SIM card tray is placed on the left side. At the bottom, the phone sports a USB Type-C port, along with the loudspeaker grill. The top of the device features a 3.5mm audio jack.

As per rumours, the Motorola P40 Power will feature a 6.2-inch display. The phone will be equipped with three 12-megapixel sensors on the back, and a USB Type-C port. The P40 Power will include a 3.5mm audio jack. The dimensions of the phone are said to be 160.1x71.2x9.1mm.

According to leaked specs, the Motorola One Vision will come with a 21:9 display having a resolution of 2520 x 1080 pixels. The phone will also include a 48-megapixel primary sensor at the back and 3,500mAh battery. It will be powered by Exynos 9610 SoC and it will come in two colors - Blue and Gold.