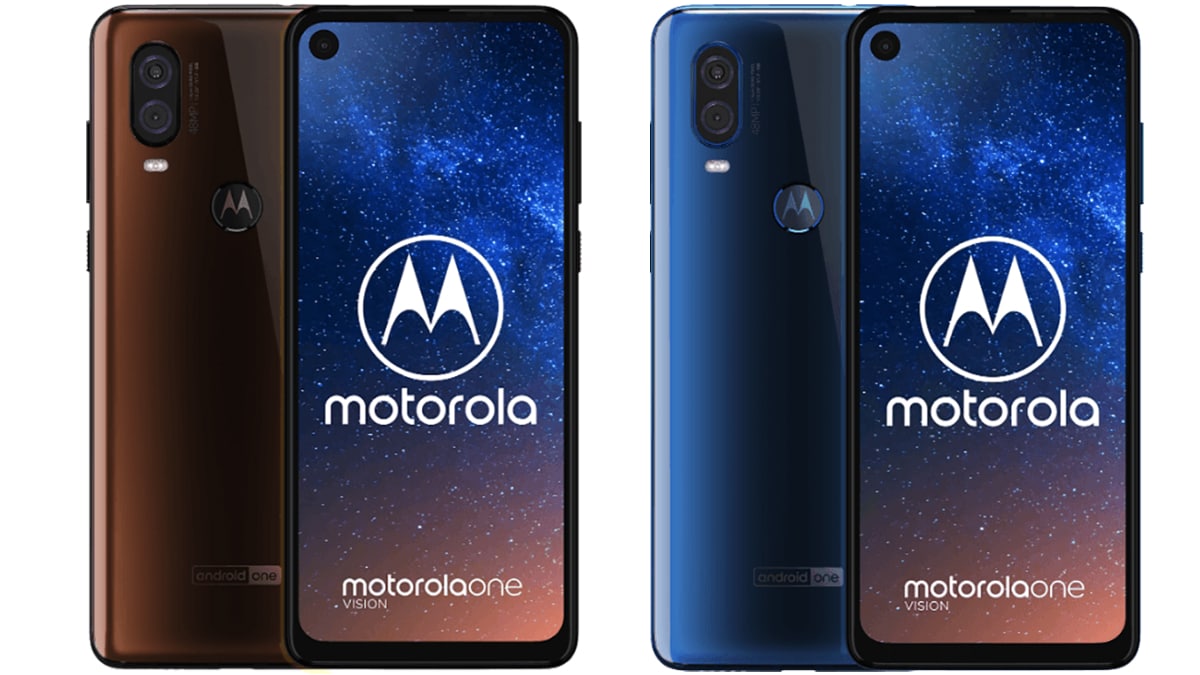 Motorola is expected to launch Motorola One Vision in Brazil on May 15. Renders of the phone were leaked a few days ago, and now new renders have also surfaced online. Alongside renders, specifications and the price of the phone have also leaked.

As per the leaked renders, the Motorola Vision sports a hole-punch display. At the back, there is a dual camera setup which is accompanied by a fingerprint scanner and Android One branding. The right side of the device has the volume rocker and power rocker buttons, while the left side of the phone has a hybrid slot for SIM and microSD cards. The bottom of the phone has a speaker grille and the USB-C port. The top of the phone has 3.5 mm headphone jack.

A German website WinFuture has leaked the renders and specifications of the One Vision phone. As per the leaked specifications, the phone will sport a 6.3-inch display with 1080 x 2520 pixels resolution with CinemaVision 21:9 aspect ratio and 432ppi pixel density. It will be powered by the 2.2GHz Samsung Exynos 9609 octa-core processor.

The phone will have a 4GB RAM and 128GB storage with support for microSD card for further expansion of memory. For the optics, the phone will be equipped with one 48-megapixel primary sensor with an f/1.7 aperture and optical image stabilization, and a 5megapixel secondary sensor. It will have a 25-megapixel frnt camera with f/2.0 aperture. It will be backed up by 3,500mAh battery with TurboPower fast charging and it will be a part of the Android One program. The phone reportedly measures at 160.1×7.1×8.7mm, and it weighs 180 grams. Connectivity options will include LTE, dual-SIM, Bluetooth v5, Wi-Fi 802.11 ac, NFC, and USB Type-C port.