Motorola One Fusion+ to launch in India on June 16

UPDATE: Motorola One Fusion+ smartphone will be launching in India on 16th June at 12 PM, a Flipkart listing has revealed. 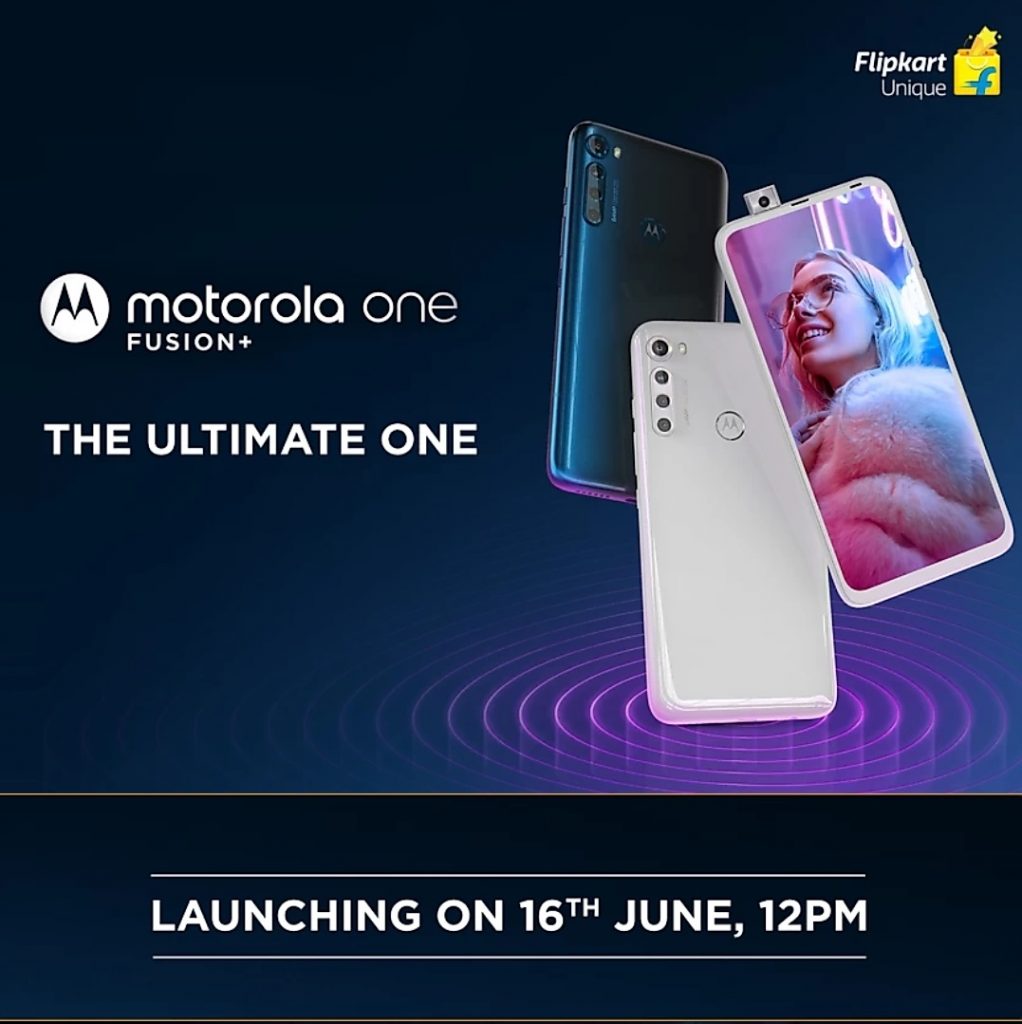 Motorola India Twitter account has announced that a phone with a pop-up camera will be launched to India. The tweet neither doesn't reveal the exact name of the handset nor its launch date. But we know it will be One Fusion+ smartphone which was recently launched with pop-up camera on the top left.

As per tipster, Mukul Sharma, Motorola One Fusion+ will be launching on June 16 in India. As per him, it will feature Snapdragon 730g processor in india, not SD730 and will be priced around 15k to 20k.

There is another pop-up camera phones in its portfolio, which is One Hyper. The tweet reads "#TheUltimateOne. Coming Soon!".  Motorola One Fusion+ comes with a price tag of EUR 299 (approx. Rs 25,600) and Moonlight White and Twilight Blue are its colour options.

The phone has 6GB of RAM and 128GB of internal storage with an option to expand the storage up to 1TB via microSD card. The Motorola One Fusion+ runs on Android 10 operating system and it is loaded with a 5000mAh battery with 15W TurboPower charging solution that is touted to last for up to two days.