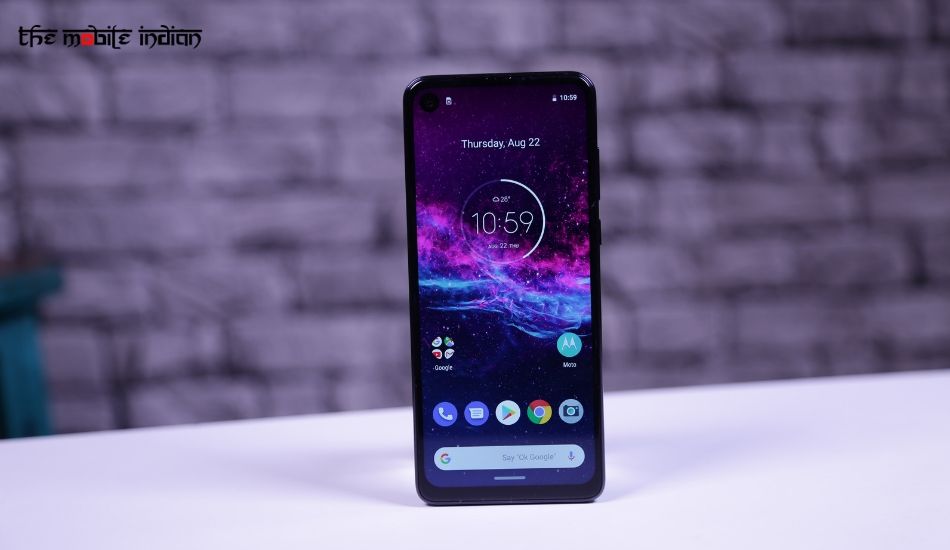 The smartphone comes with a price tag of Rs 13,999 and it will be available for purchase from Flipkart starting from August 30. The phone is available in Denim Blue and Pearl White colour options.

Motorola has today announced the launch of its latest Motorola One Action in India. The smartphone comes with a price tag of Rs 13,999 and it will be available for purchase from Flipkart starting from August 30. The phone is available in Denim Blue and Pearl White colour options.

This is India’s first smartphone to come loaded with a dedicated action camera for shooting videos. The company has added a wide-angle lens works as an action camera and it allows to capture video in a vertical orientation. The company has turned the wide-angle lens at 90-degree, which makes it easier to shoot landscape videos in portrait mode. Users also get a 117-degree field of view while capturing video.

The Motorola One Action features a 6.3-inch (1080×2520 pixels) Full HD+ LCD with 21:9 aspect ratio and a screen-to-body ratio of 84 percent. It is powered by 2.2 GHz Octa-Core Exynos 9609 processor coupled with 4GB of RAM and 128GB of storage, which can be further expanded up to 512GB via microSD card slot. The phone features a rear-mounted fingerprint scanner