Moto X Play will start selling from August and the Moto X Style will hit the markets in September but there is no information about their availability in India. 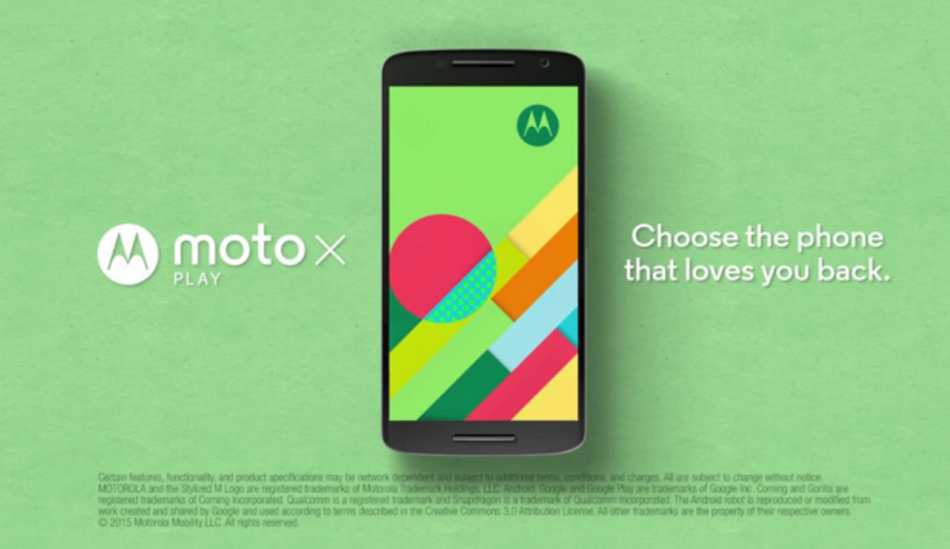 The Moto X Play comes in 16 GB and 32 GB internal storage models. It has a 5.5 inch full HD display with Corning Gorilla Glass 3. This 169 grams weighting smartphone has a curved body with maximum thickness of 10.9 mm while the slimmest point measures 8.9 mm. There is a 3630 mAh battery in the phone that claims to offer 48 hours of back up. The phone comes with dual nano SIM offering 4G connectivity (select markets only), dual band WiFi, NFC, GPS, and Bluetooth 4.0. The Moto X Play has water repellent coating on its body and comes in black and white colours.

It too is based on Android 5.1.1 version but has much powerful 1.8 GHz Snapdragon 808 hexa core processor, Adreno 418 graphics processor and 3 GB RAM. Apart from 16 GB and 32 GB models it also comes in 64 GB internal storage and all the versions have 128 GB micro SD card slot.

The 179 grams weighing Moto X Style has a 3000 mAh battey and has a 5.7 inch LCD display with Quad HD (1440×2560 pixels) resolution and Corning Gorilla Glass 3 coating. It has a 21 megapixel rear camera with flash light, f/2.0 aperture, phase detect auto focus, Auto HDR, video stabilisation, slow motion, video HDR, and 4K video recording abilities. In the front of the phone there is a 5 megapixel camera with also has f/2.0 aperture, wide angle lens, 1.4um pixel for better low light selfies, as well as support of a flash light.